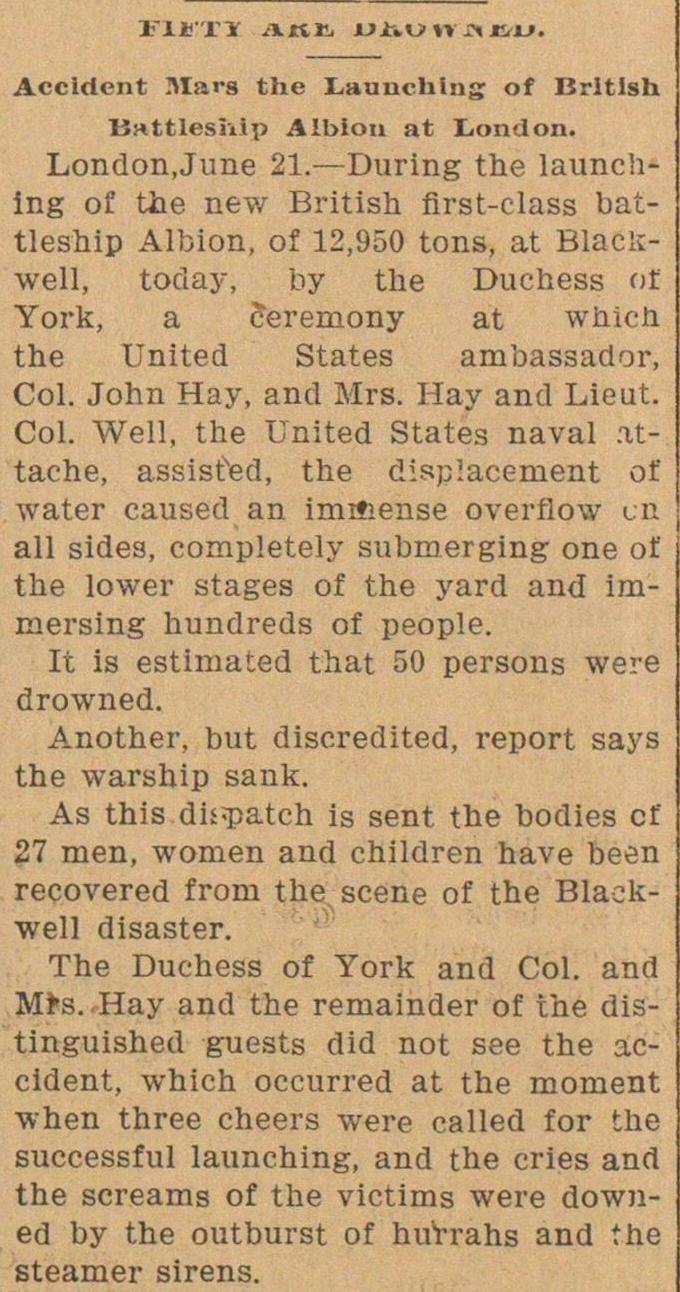 London,June 21. - During the launching of the new British first-class battleship Albion, of 12,950 tons, at BlacKwell, today, by tlie Duchess of York, a ceremony at which the United States ambassador, Col. John Hay, and Mrs. Hay and Lie ut. Col. Well, the United States naval attaché, assisfed, the displacement of water caused an imBbense overflow en all sides, completely submerging one of the lower stages of the yard and imrnersing hundreds of people. It is estimated that 50 persons were drowned. Another, but discredited, report says the warship sank. As this dhïatch is sent the bodies oí 27 men, women and children have been recovered from the scène of the Blaok■well disaster. The Duchess of York and Col. and Mis. Hay and the remainder of the distinguished guests did not see the accident, which occurred at the moment when three cheers were called for the successful launching, and the cries and the screams of the victims were downed by the outburst of huïrahs and the steamer sirens.