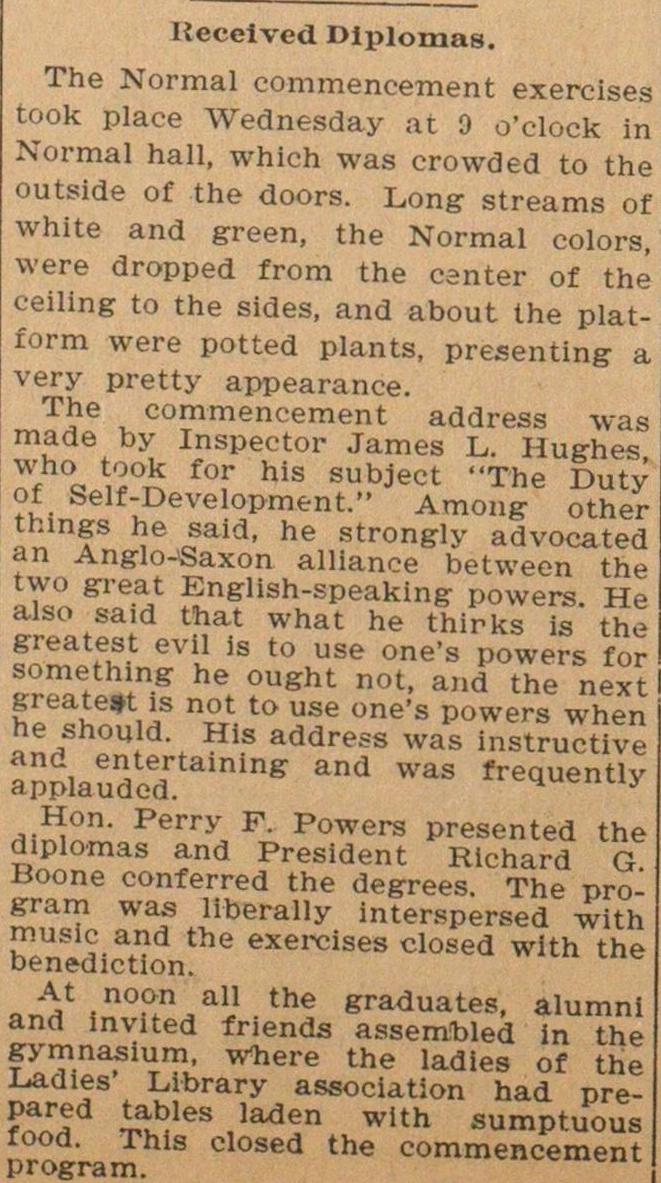 The Normal commencement exereises took place Wednesday at 0 o'clock in Normal hall, which was crowded to the outside of the doors. Long streams of white and green, the Normal colors, were dropped from the canter of the ceiling to the sides, and about the platform were potted plants, presenting a very pretty appearance. The commeneement address was made by Inspector James L. Hughes f o VL for his sutiect "The Duty oL Self-Development." Among other things he said, he strongly advocated an Anglo-Saxon alliance between the two great English-speaking powers. He also said that what he thirks is the greatest evil is to use one's powers for eAh'n,S e usht not. and the nexï Bica.teL is not to use one's powers when he ahould His address was instruTtivê applauded ainlnS "nd WaS frey Hon. Perry F. Powers presented the diplomas and President Richard G Boone conferred the degrees. The program was liberally interspersed with 3enedicUonthe exercises closed with the V n??a11 the eraiuates, alumni and Invited friends asseiribled in the p-mnasium, where the ladies of the L-adies Library association had prePfFHd }es laden wlth sumptuous ood. This closed the commencement