Where Is He Now 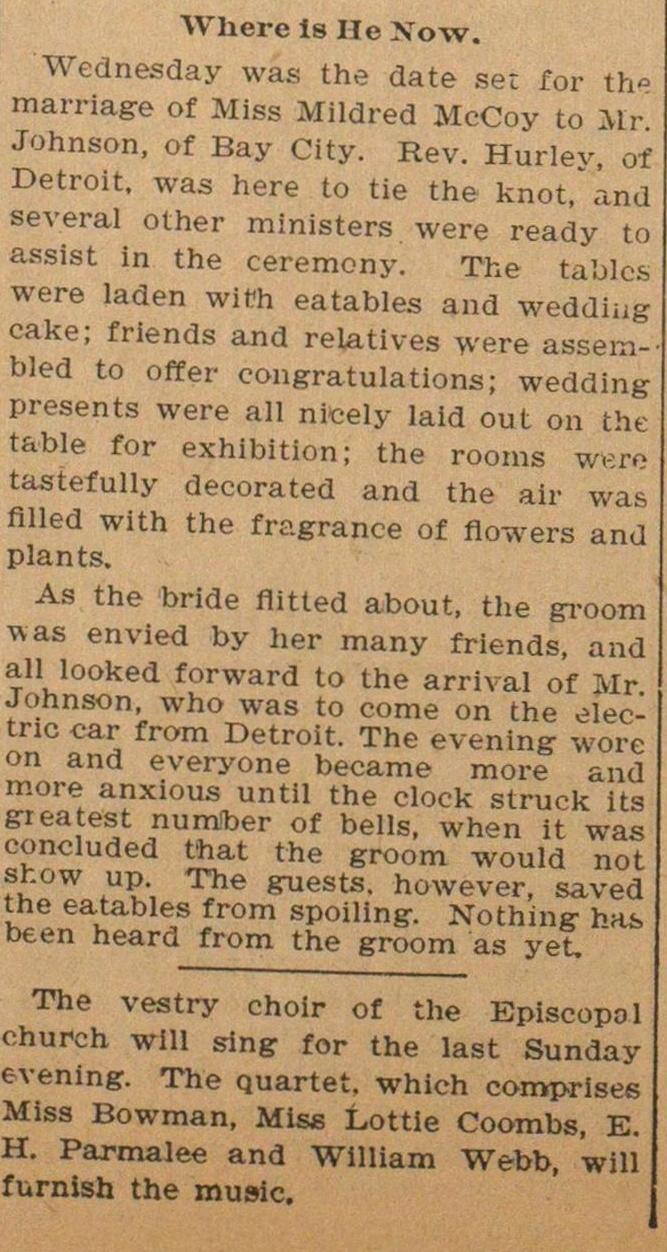 Wednesday was the date set for the marriag-e of Miss Mildred McCoy to Mr ohnson, of Bay City. Rev. Hurley, of Detroit, was here to tie the knot," and everal other ministers were ready to ssist in the ceremony. The ta'olcs were laden witti eatables and weddiag ake; friends and relatives were assem-led to offer congratulations; wedding resents were all nicely laid out on the able for exhibition; the rooms w.iro astefully decorated and the air was lied with the fragrance of flowers and lants. As the bride flitted about, the groom as envied by her many friends, and 11 looked forward to the arrival of Mr Johnson, who was to come on the lectnc car from Detroit. The evening wore on and everyone became more and more anxious until the clock struck its greatest numlber of bells, when it was concluded that the groom would not fí .u?" The suests' however, saved the eatables from spoillng-. ha& been heard from the groom as yet. " The vestry choir of the Episcopol ohurch will for the last Sunday evening. The quartet. which comprises Miss Bowman, Miss Lottie Coombs, E. H. Parmalee and William Webb, will furnish the music.