May Bo A Deadlock 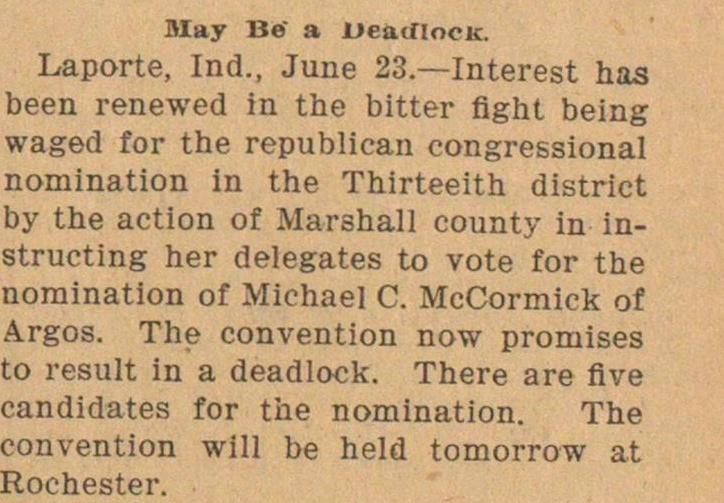 Laporte, Ind., June 23.- Interest has been renewed in the bitter fight being waged for the republican congressional nomination in the Thirteeith district ty the action of Marshall county in instructing her delegates to vote for the nomination of Michael C. McCormick of Argos. The convention now promises to result in a deadlock. There are flve candidates for the nomination. The convention will be held tomorrow at Rochester.