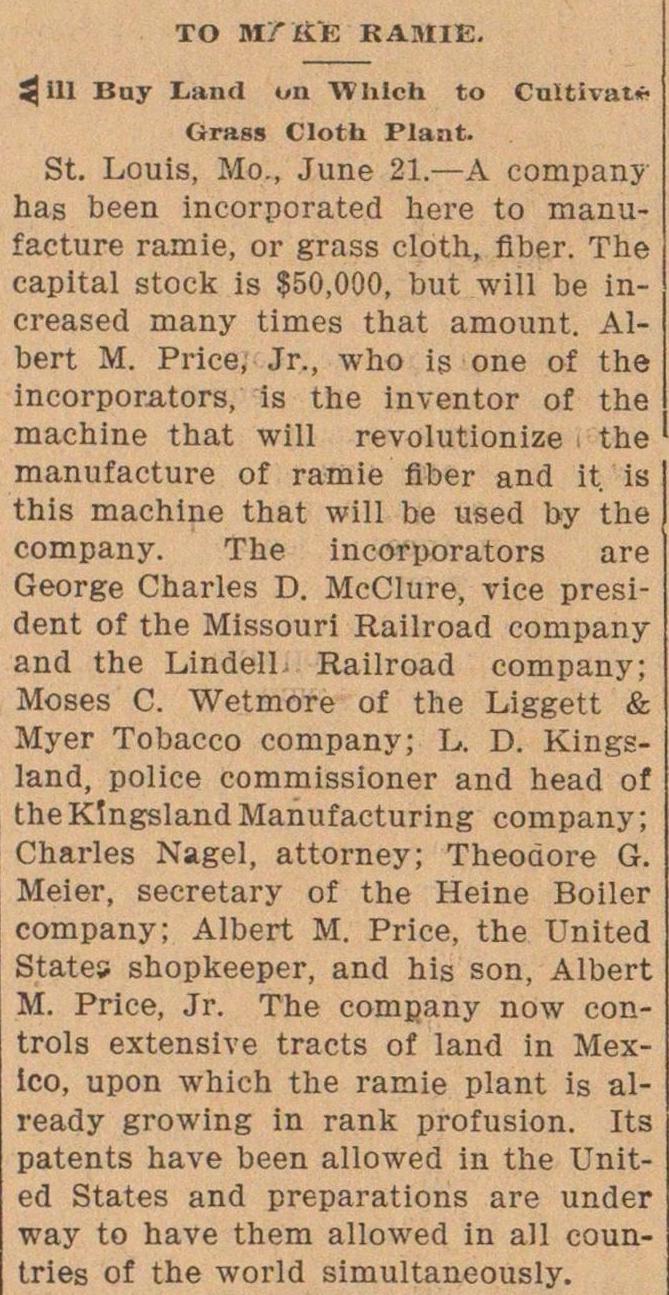 St. Louis, Mo., June 21. - A company has been incorporated here to manufacture ramie, or grass cloth, fiber. The capital stock is $50,000, but will be increased many times that amount. Albert M. Price; Jr., who is one of the incorporators, is the inventor of the machine that will revolutionize the ' manufacture of ramie fiber and it is this machine that will be used by the company. The incorporators are George Charles D. McClure, vice president of the Missouri Railroad company and the Lindell Railroad company; Moses C. Wetmore of the Liggett & Myer Tobacco company; L. D. Kingsland, pólice commissioner and head of theKlngsIandManufacturing company; Charles Nagel, attorney; Theoaore G. Meier, secretary of the Heine Boiler company; Albert M. Price, the United States shopkeeper, and nis son, Albert M. Price, Jr. The company now controls extensive tracts of land in Mexico, upon which the ramie plant is already growing in rank profusión. lts patents have been allowed in the United States and preparations are under way to have them allowed in all countries of the world simultaneously.