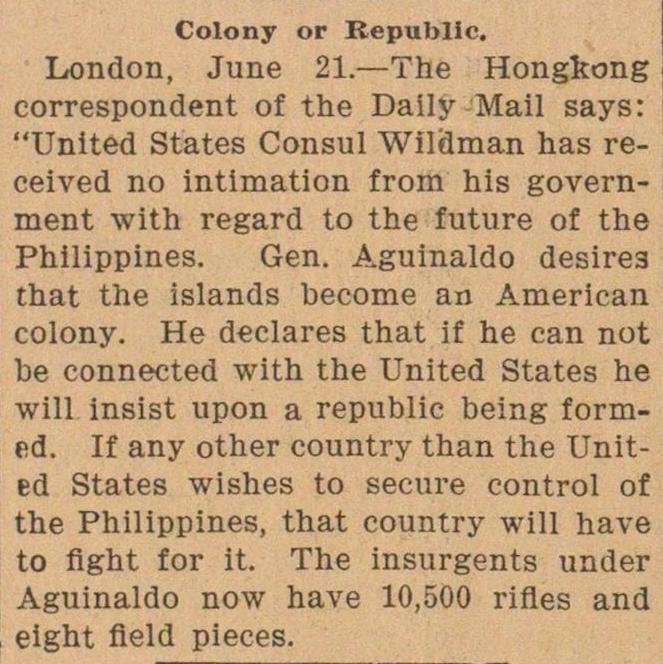 London, June 21. - The Hongkong correspondent of the Daily Mail says: "United States Consul Wildman has received no intlmation from his government with regard to the future of the Philippines. Gen. Aguinaldo desire3 that the islands become an American colony. He declares that if he can not be connected with the United States he will insist upon a republic being formed. If any other country than the United States wishes to secure control of the Philippines, that country will have to fight for it. The insurgents under Aguinaldo now have 10,500 rifles and eight field pieces.