Will Form A Negro Regiment 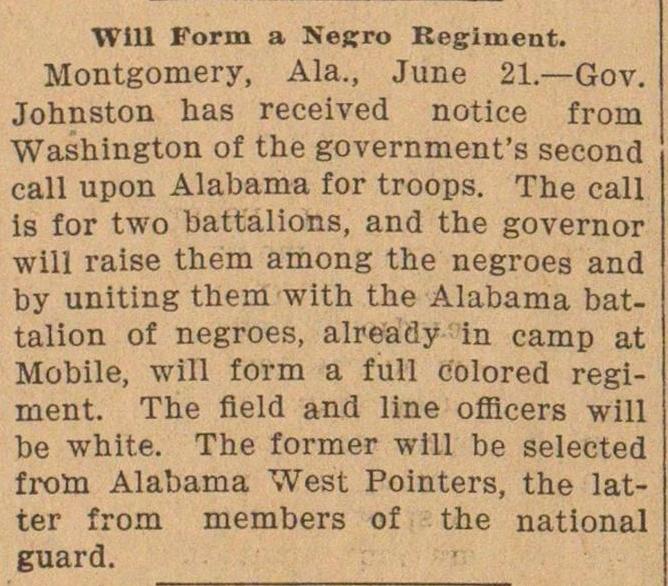 Montgomery, Ala., June 21.- Gov. Johnston has received notice from Washington of the government's seoond cali upon Alabama for troops. The cali s for two battalions, and the governor will raise them among the negroes and by uniting them with the Alabama battalion of negroes, already in camp at Mobile, will form a full colored regiment. The field and line officers will be white. The former will be selected froïn Alabama "West Pointers, the latter from members of the national guard.