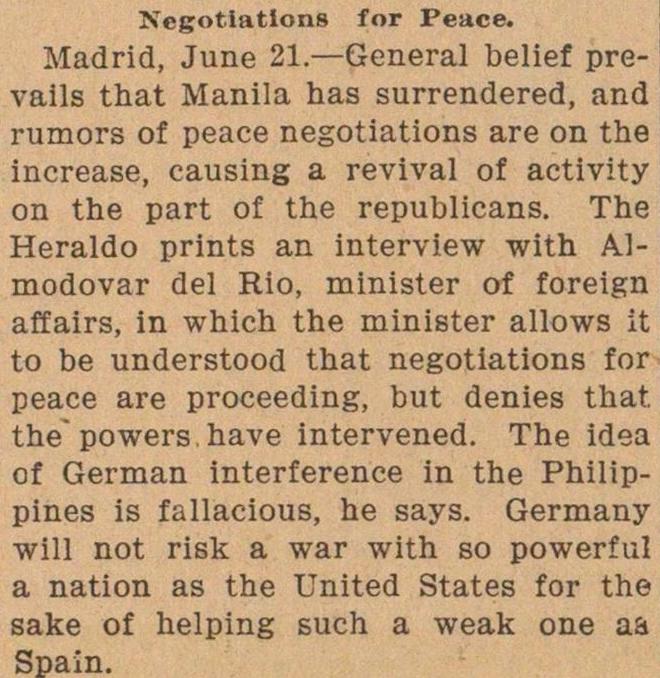 Madrid, June 21. - General belief prevails that Manila has surrendered, and rumors of peace negotiations are on the increase, causing a revival of activity on the part of the republicans. The Heraldo prints an interview with Almodovar del Rio, minister of foreign affairs, in which the minister allows it to be understood that negotiations for peace are proceeding, but denies that. the powers have intervened. The idea of Germán interference in the Philippines is fallacious, he says. Germany will not risk a war with so powerful a nation as the United States for the sake of helping such a weak one aa Spain.