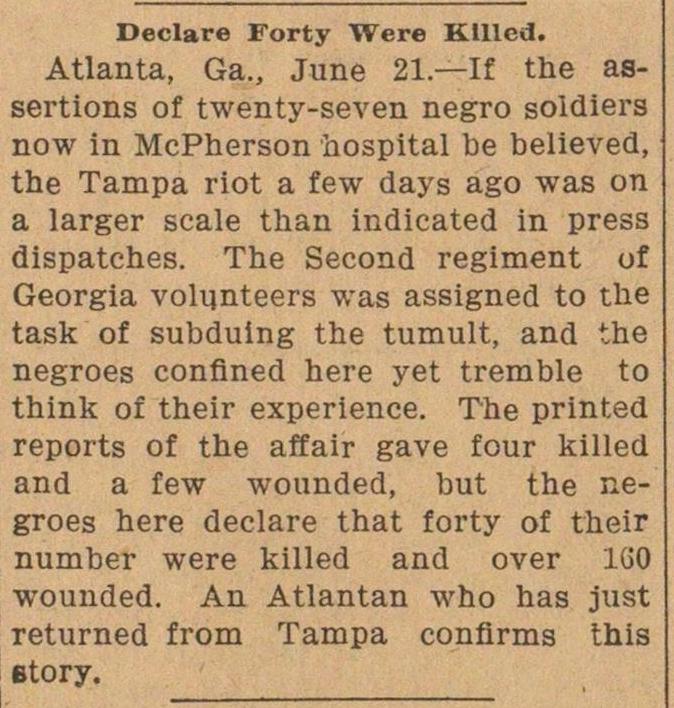 Atlanta, Ga., June 21.- If the assertions of twenty-seven negro soldiers now in McPherson hospital be believed, the Tampa riot a few days ago was on a larger scale than indicated in press dispatches. The Second regiment of Georgia volunteers was assigned to the task of suhduing the tumult, and the negroes confined here yet tremble to think of their experience. The printed reports of the affair gave four killed and a few woimded, but the negroes here declare that forty of their number were killed and over 1G0 wounded. An Atlantan who has just returned from Tampa confirms this Btory.