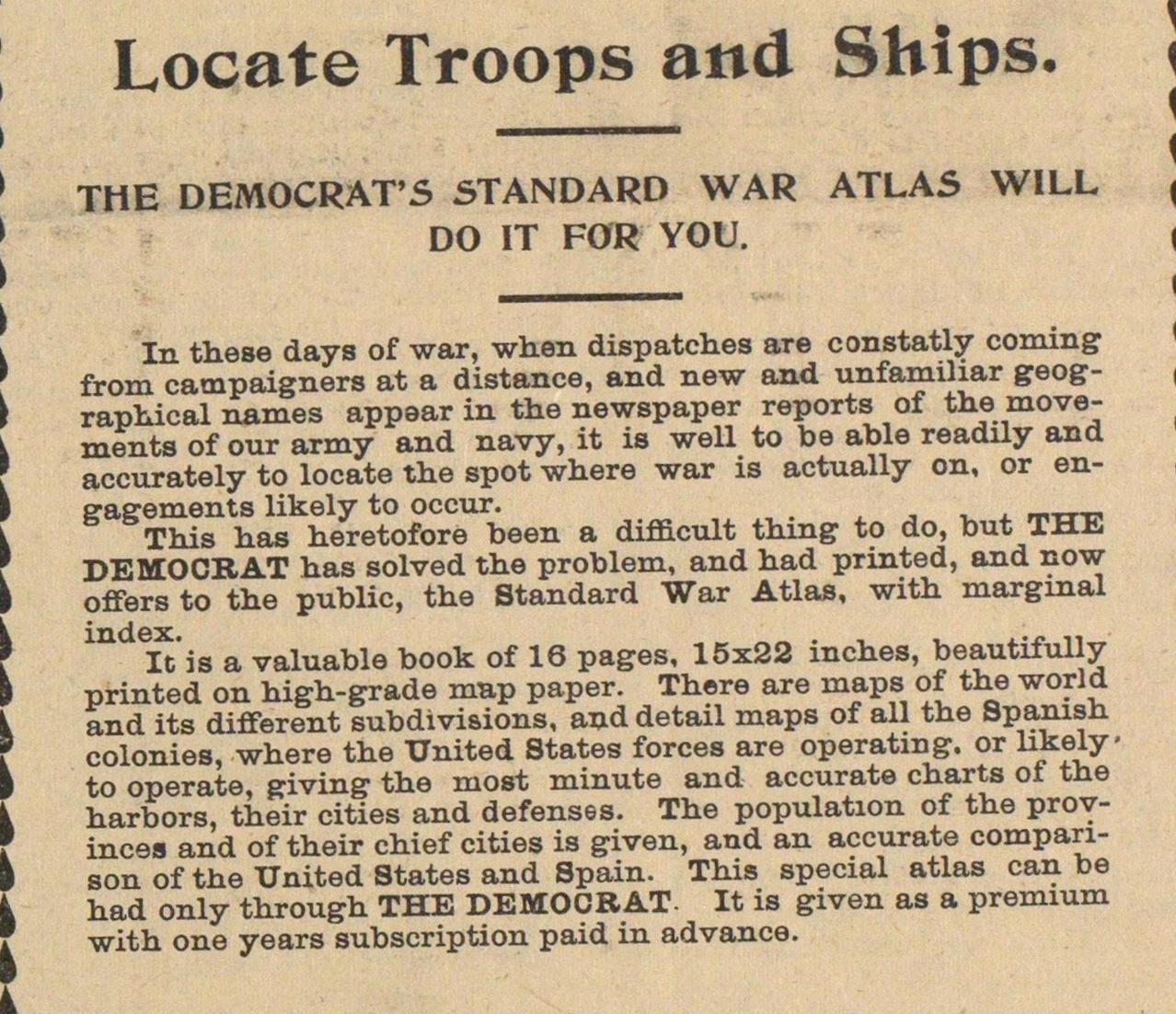 1 THE DEMOCRAT'S STANDARD WAR ATLAS WILL DO IT FOR YOU. In these days of war, when dispatches are constatly coming from campaigners at a distance, and new and unfamiliar geographical names appoar in the newspaper reports of the movements of our army and navy, it is well to be able readüy and accurately to lócate the spot where war is actually on, or engagements likely to occur. mT1-c, This has heretofore been a difficult thing to do, but THE DEMOCRAT has solved the problem, and had printed, and now offers to the public, the Standard War Atlas, with marginal f mdït'is a valuable book of 16 pages, 15x22 inches, beautifully ï printed on high-grade nrap paper. There are maps of the world and its different subdivisions, and detail maps of all the Spanish P colonies, where the United States forces are operatin g. or ukely i to opérate, giving the most minute and accurate charts ol the i harbors, their cities and defenses. The population of the provP inces and of their chief cities is given, and an accurate comparit son of the United States and Spain. This special atlas can be had only through THE DEMOCRAT. It is given as a premium P with one years subscription paid in advance.