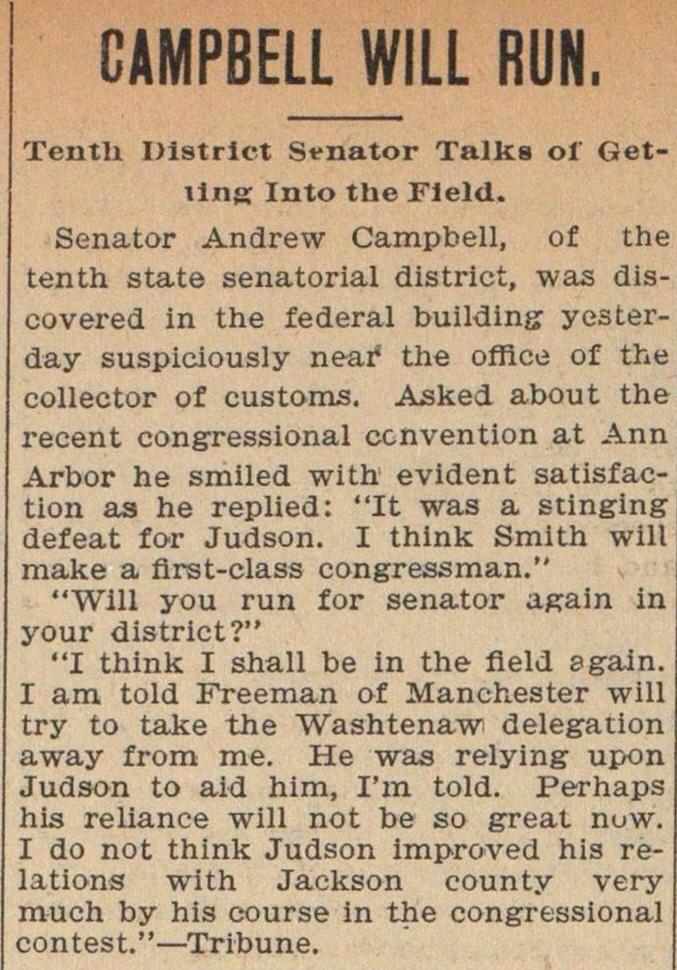 Senator Andrew Campbell, of the tenth state senatorial district, was discovered in the federal building yesterday suspiciously neaf the office of the collector of customs. Asked about the recent congressional ccnvention at Ann Arbor he smiled with evident satisfaetion a3 he replied: "It was a stinging defeat for Judson. I think Smith will make a flrst-class congressman." "Wlll you run for senator again in your district?" "I think I shall be in the field sgain. I ana told Freeman of Manchester will try to take the Washtenaw delegation away from me. He was relying upon Judson to aid him, I'm told. Perhaps his reliance will not be so great nuw. I do not think Judson Improved his relations with Jackson county very much by his course in the congressional contest."-