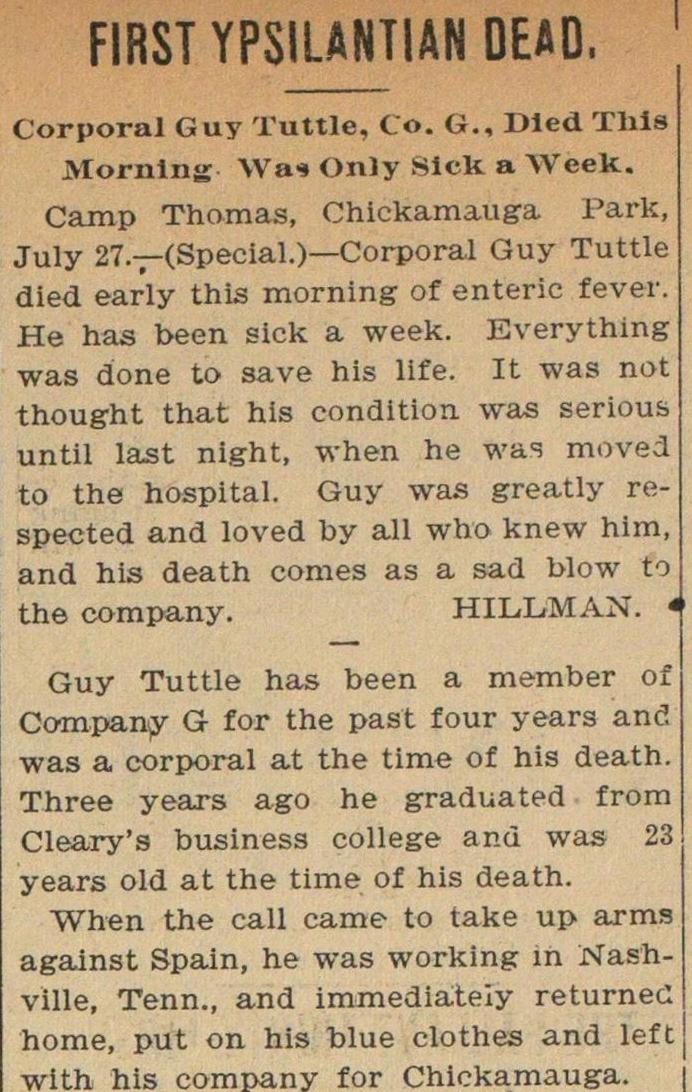 Camp Thomas, Chickamaugu Park, July 27.- (Special.)- Corporal Guy Tuttle died early this morning of enteric fever. He has been sick a week. Everything was done to save his life. It was not thought that his condition was serious until last night, when he was moved to the hospita!. Guy was greatly respected and loved by all who knew him, and his death comes as a sad blow to the company. HILLMAN. Guy Tuttle has been a member oí Company G for the past four years and was a corporal at the time of his death. Three years ago he gradúa ted f rom Cleary's business college and was 23 years old at the time of his death. When the cali carne to take up arms against Spain, he was working in Nashville, Tenn., and immediateiy returned home, put on his blue clothes and lef t with his company for Chickamauga.