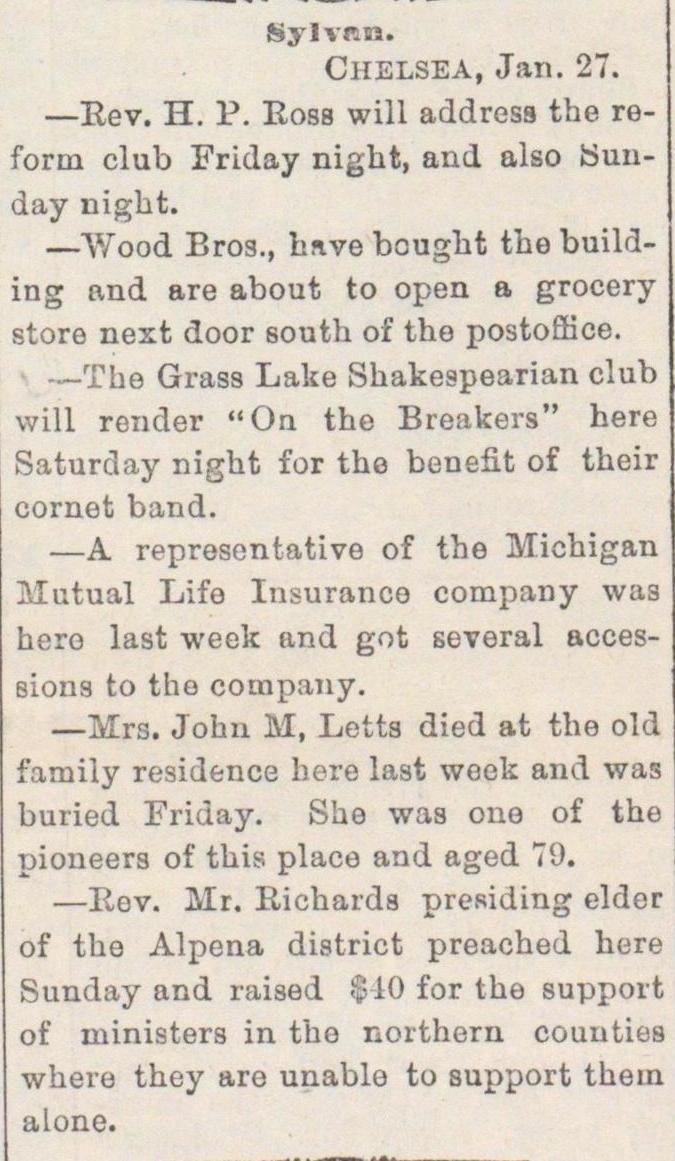 CltELSEA, Jan. 27. - Eev. H. P. Koss will addross the reform club Frtday night, and also fciunday night. - V'ood Bros., have bought the building and are about to open a grocery store next door Bouth of the postoffice. - The Grass Lake Shakespearian club will render "On the Breakers" here Saturday night for the benefit of their cornet band. ■ - A representative of the Michigan Mutual Life Insurance company was hero last week and got several acceseions to the company. - Mrs. John M, Letts died at the old family residence here last week and was buried Friday. She was one of the pioneers of this place and aged 79. - Eev. Mr. Richards presiding eider of the Alpena district preached here Sunday and raised $10 for the suppori of ministers in the northern couuties whei'e they are unable to support them alone.