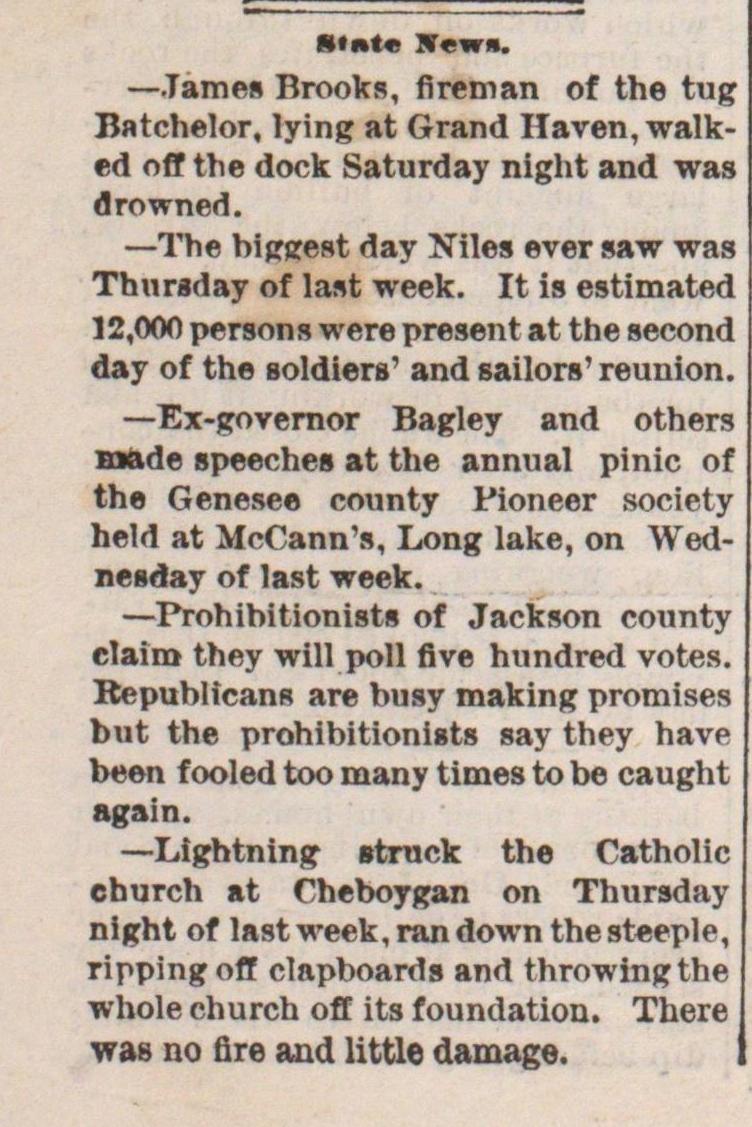 - Jame Brooks, fireman of the tug Batchelor, lying at Grand Haven, walked off the doek Saturday night and was drowned. - The biggest day Niles ever saw was Thuraday of last week. It is estimated 12,000 persons were present at the second day of the soldiers' and sailors' reunión. - Ex-governor Bagley and others mode speeches at the animal pinic of the Genesee county Pioneer society held at McCann's, Long lake, on Wedneselay of last week. - Prohibitionists of Jackson county claim they will poll flve hundred votes. KepublicanR are busy making promises but the prohibitionists say they have been f ooled too many times to be caught again. - Lightning truck the Catholic church at Cheboygan on Thursday night of last week , ran down the steepl e , rippingoff clapboards and throwingthe whole church off its foundation. There was no lire and little damage.