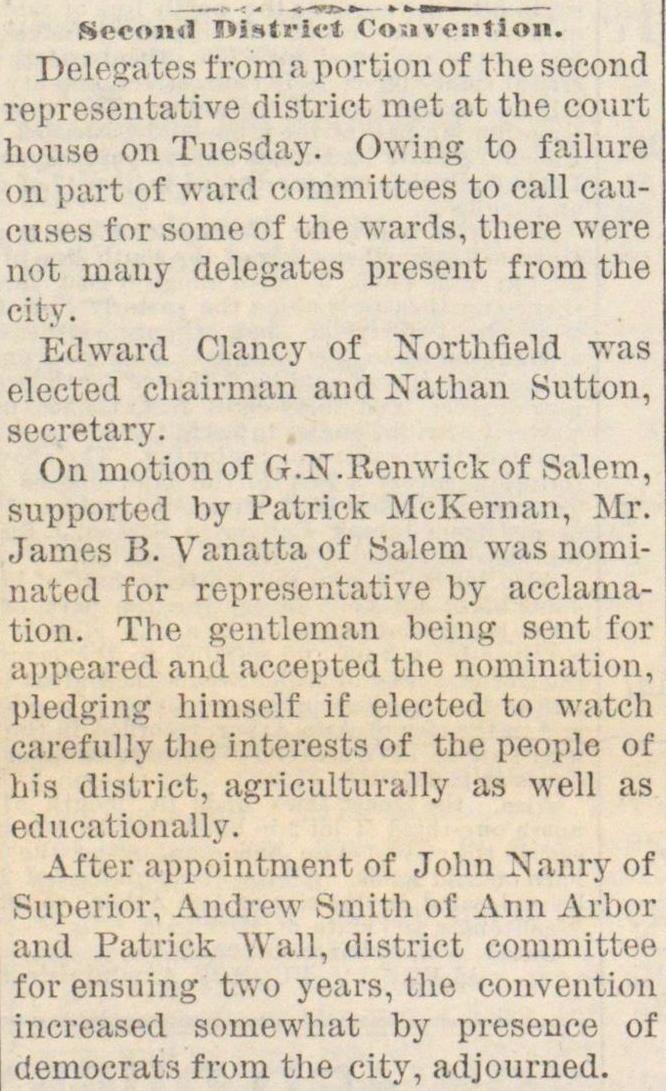 Delegates fromaportjonof thesecond ■epresentative district met at the court kouse on Tuesday. Owing to failure m part of ward eommittees to cali causases for some of the wards, there were ïot mauy delegates present from tbe Edward Clancy of orthfield was elected chairman and Nathan Sutton, secretary. On motion of G-.N.Benwick of Salem, Bupported by Patrick McKeman, Mr. James B. Vanatta of Salem was nominated for representativo by acclamation. The gentleman being sent foi ared and accepted the nomination pledging himself if elected to watch carefully the interests of the people of liis district, agriculturally as well as educationally. After appointment of John Nanry of Superior, Antlrcw Smith of Ann Arbor and Pat riek Wall, district committee for ensuing two years, the convention increased somewhat by presence of democrats from the city, adjourned.