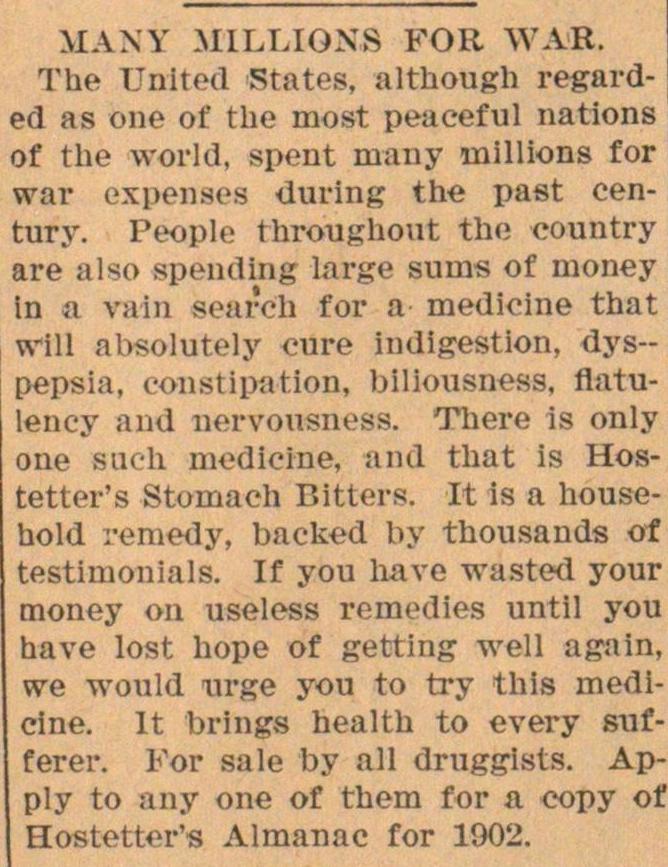 MAN Y MILLIOXS FOR WAR. The United States, although regarded as one of the most peaceful nations of the world, spent many millions for war expenses during the past century. People throughout the country are also spending large suins of money In a va in searcb for a medicine that w-ill absolutely cure indigestión, dyspepsia, constipación, biliousness, flatulency and nervousness. There is only one such medicine, and that is Hostetter's Stomach Bitters. It is a household :-emedy, backed by thousands of testimoniáis. If you have wásted your money on useless remedies until you have lost hope of getting well again, we would urge you to try this medicine. It brings health to every sufferer. For sale by all druggists. Apply to any one of them for a copy of Hostetter's Almanac for 1902.