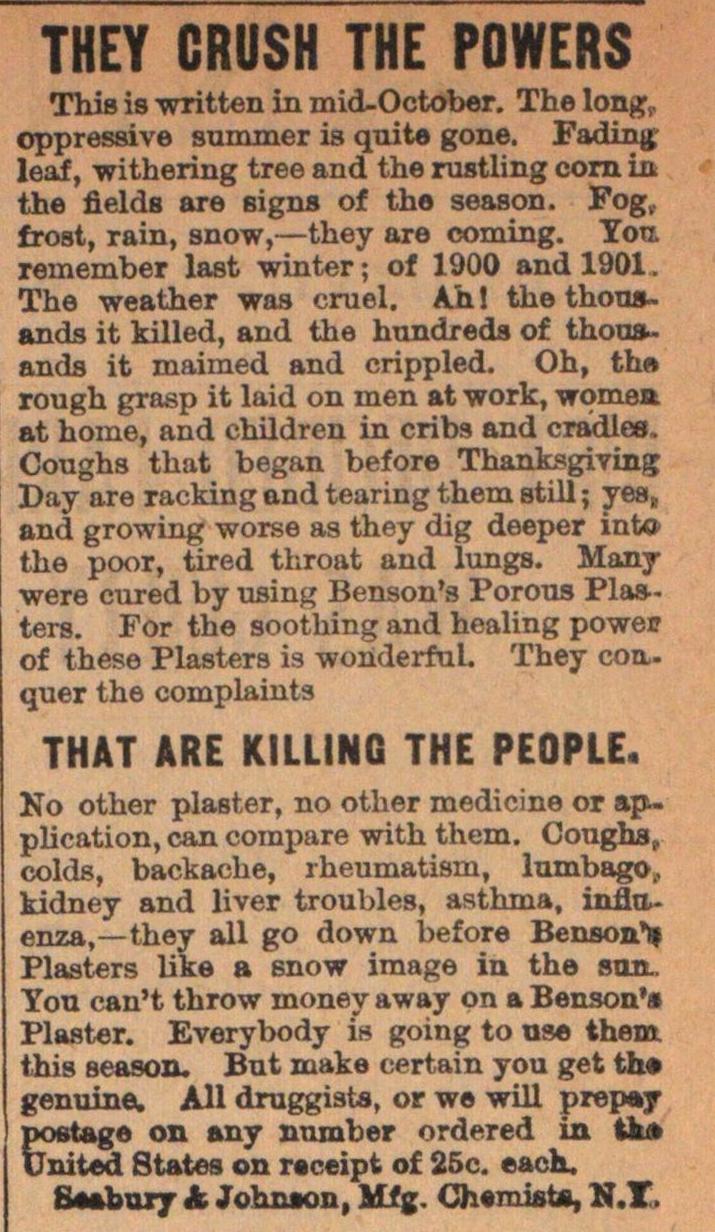 THEY CRUSH THE POWERS

This is written in mid-October. The long, oppressive summer is quite gone. Fading leaf, withering tree and the rustling corn in the fields are signs of the season. Fog, frost, rain, snow,—they are coming. You remember last winter; of 1900 and 1901. The weather was cruel. Ah! the thousands it killed, and the hundreds of thousands it maimed and crippled. Oh, the rough grasp it laid on men at work, women at home, and children in cribs and cradles. Coughs that began before Thanksgiving Day are racking and tearing them still; yes, and growing worse as they dig deeper into the poor, tired throat and lungs. Many were cured by using Benson's Porous Plasters. For the soothing and healing powers of these Plasters is wonderful. They conquer the complaints

THAT ARE KILLING THE PEOPLE.

No other plaster, no other medicine or application, can compare with them. Coughs, colds, backache, rheumatism, lumbago, kidney and liver troubles, asthma, influenza,—they all go down before Benson's Plasters like a snow image in the sun. You can't throw money away on a Benson's Plaster. Everybody is going to use them this season, But make certain you get the genuine. All druggists, or we will prepay postage on any number ordered in the United States on receipt of 25c. each.