A Club To Be Organized Here 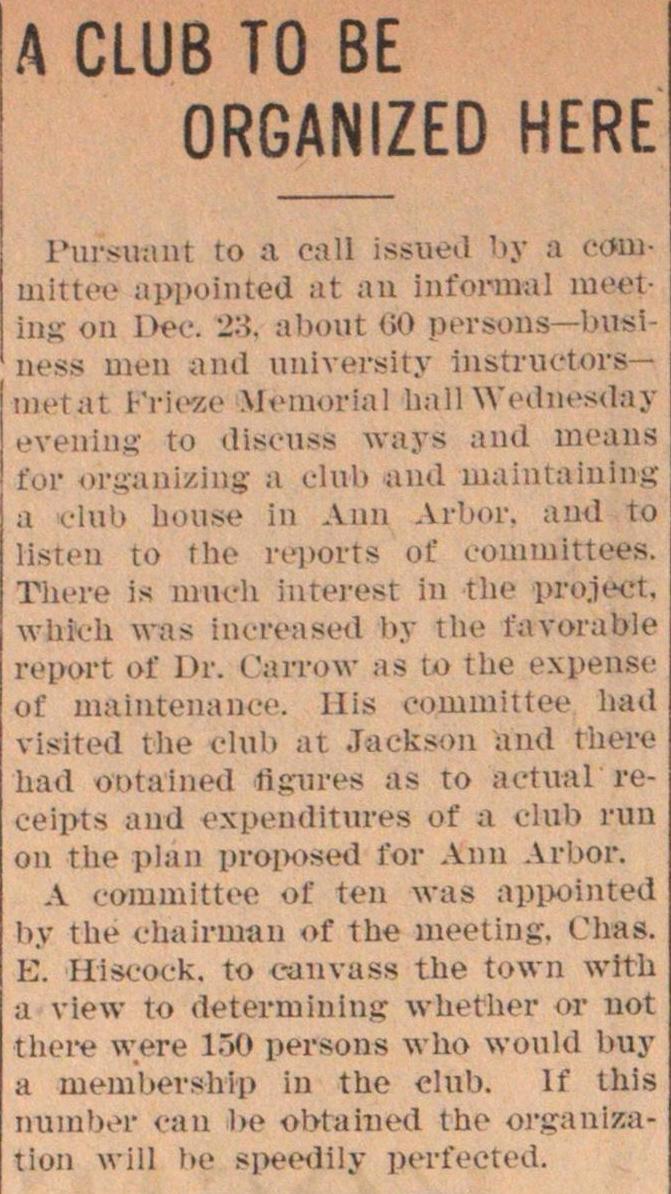 Pursuant to a call issued by a committee appointed at an informal meeting on Dec. 23, about 60 persons- business men and university instructors- met at Frieze Memorial hall Wednesday evening to discuss ways and means for organizing a club and maintaining a club house in Ann Arbor, and to listen to the reports of committees. There is much interest in the project, which was increased by the favorable report of Dr. Carrow as to the expense of maintenance. His committee had visited the club at Jackson and there had obtained figures as to actual receipts and expenditures of a club run on the plan preposed for Ann Arbor.

A committee of ten was appointed by the chairman of the meeting, Chas.E.Hiscock. to canvass the town with a view to determining whether or not there were 150 persons who would buy a membership in the club. If this number can be obtained the organization will be speedily perfected.