Getting Ready For Encampment 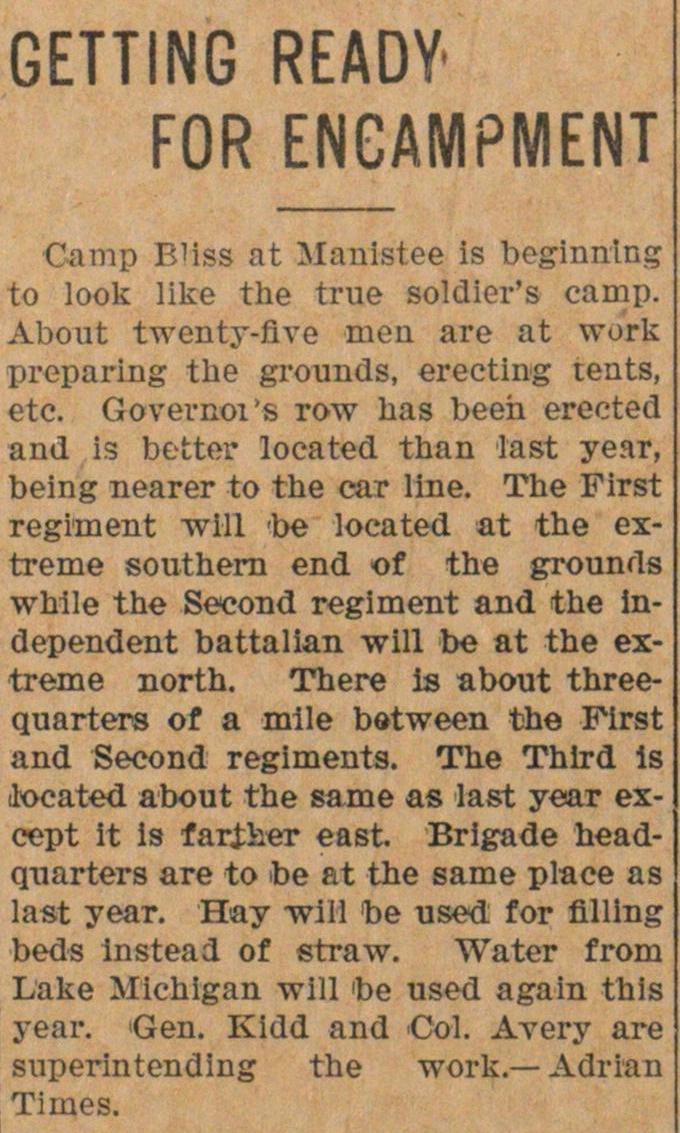 Camp BMss at Manlstee is beginning to look like the true soldier's camp. About twenty-five men are at work preparing the grounds, erecting tents, etc. Governoi's row bas beefa erected and is better located than last year, being nearer to the car line. The First regiment will be located at the extreme southern end of the grounrls whUe the Second regiment and the Independent battaüan. will be at the extreme north. There Is about threequarters of a mlle between the Plrst and Second regiments. The Thlrd is tocated about the same as last year except it is fariher east. Brigade headquarters are to be at the same place as last year. Hay wil! be used for filllng beds instead of straw. Water from Lake Michigan will 'be used again this year. Gen. Kidd and Col. Ayery are snperintending the work. - Adrián Times.