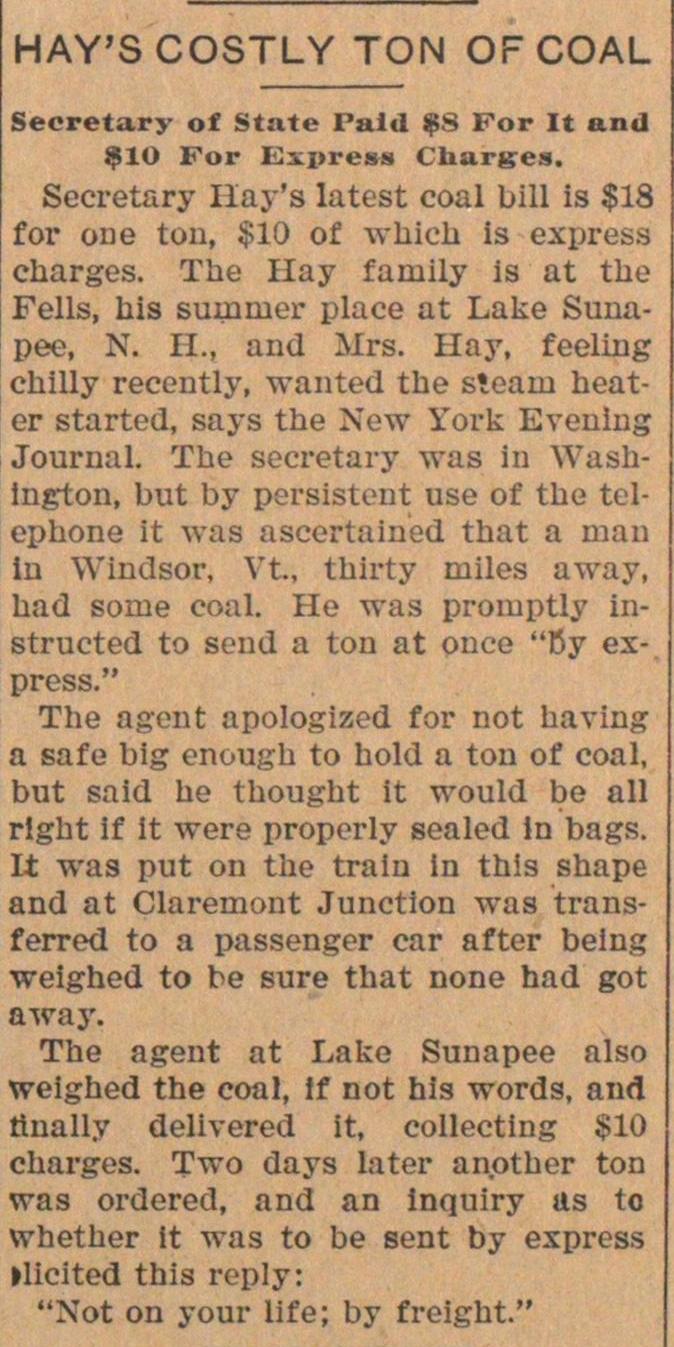 Secretary Hay's latest coal bill is $18 for one ton, $10 of which is express charges. The Hay family is at the Fells, his suinnier place at Lake Sunapee, N. EL, and Mrs. Hay, feeling chilly recently, wanted the sleaiu heater started, says the New ïork Evening Journal. The secretary was in Washington, but by persistent use of the telephone it was ascertained that a man lu Windsor, Vt, thirty miles away, had some coal. He was promptly instructed to send a ton at once "By express." The agent apologized for not haring a safe big enough to hold a ton of coal, but said he thought it would be all rlght if it were properly sealed In bags. It was put on the train in this shape and at Claremont Junction was transferred to a passenger car after belng weighed to be sure that none had got away. The agent at Lake Sunapee also weighed the coal, If not his words, and tlnally delivered it, collecting $10 charges. Two days later anpther ton was ordered, and an lnquiry as to whetner it was to be sent by express ►licited this reply: "Not on your life; by freight."