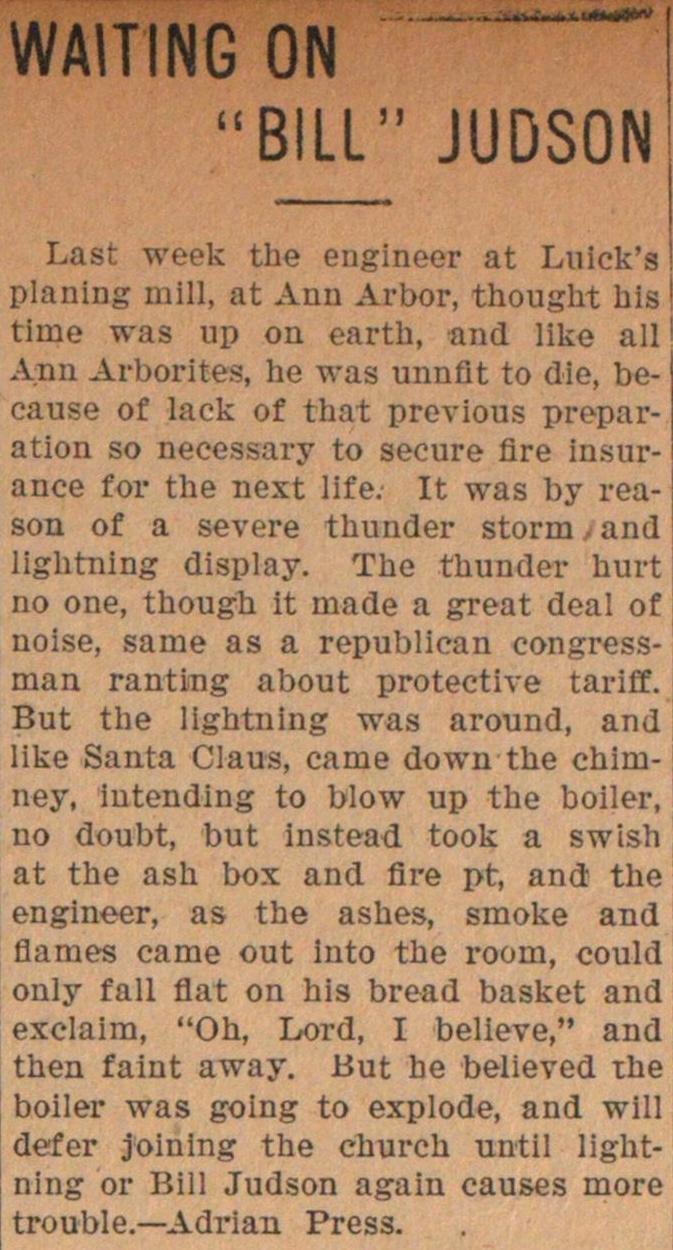 Last week the engineer at Luick's planing mili, at Ann Arbor, thought nis ! time was op on earth, and like all Aun Arborites, lie was unnflt to die, because of lack of that previous preparation so necessary to secure fire Insurance for the next life. It was by reason of a severe thunder storm and lightning display. The thunder hurt no one, though it made a great deal of noise, same as a republican congressman ranttag about protective tariff. But the lightning was around, and like Santa Claus, came down the chiruney, iutending to blow up the boiler, no doubt, but instead took a swish at the ash box and fire pt, and: the engineer, as the ashes, smoke and llames came out into the room, could only fall flat on his bread basket and exclaim, "Oh, Lord, I believe," and then faint away. But he believed the boiler was going to explode, and will defer joining the church until lightning or Bill Judson again causes more trouble.