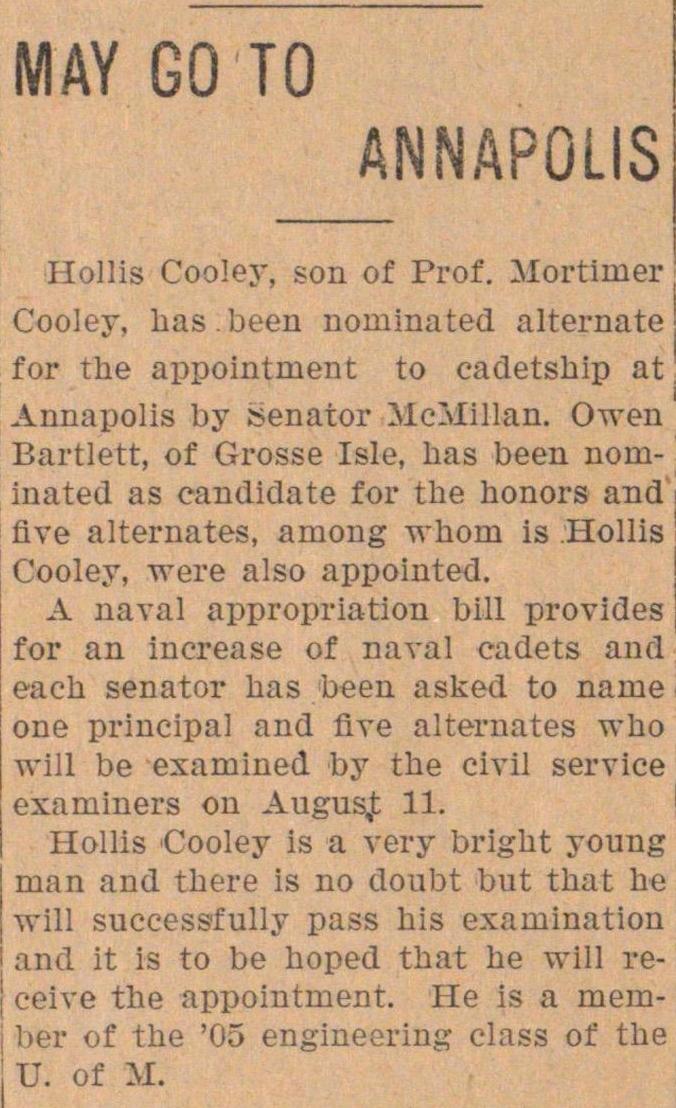 Hollis Coo!ey, son of Prof. Mortimer Cooley, bas. been noniinated altérnate for the appointment to cadetship at Annapolis by senator JIcMillan. Owen Bartlett, of Grosse Isle, has been nominated as candidate for the honors and flve alternates, among whom is .Hollis Cooley, were also appointed. A naval appropriation bilí provides for an increase of naval cadets and each senator has been asked to name one principal and five alternates wlio will be examined by the civil service examiners on Augus,t 11. Hollis Cooley is a very bright young man and there is no doubt but that he will successfully pass his exaniination and it is to be hoped that he will receive the appointment. He is a memlier of the '05 engineering class of the U. of M.