The Death Of David 0. Burd 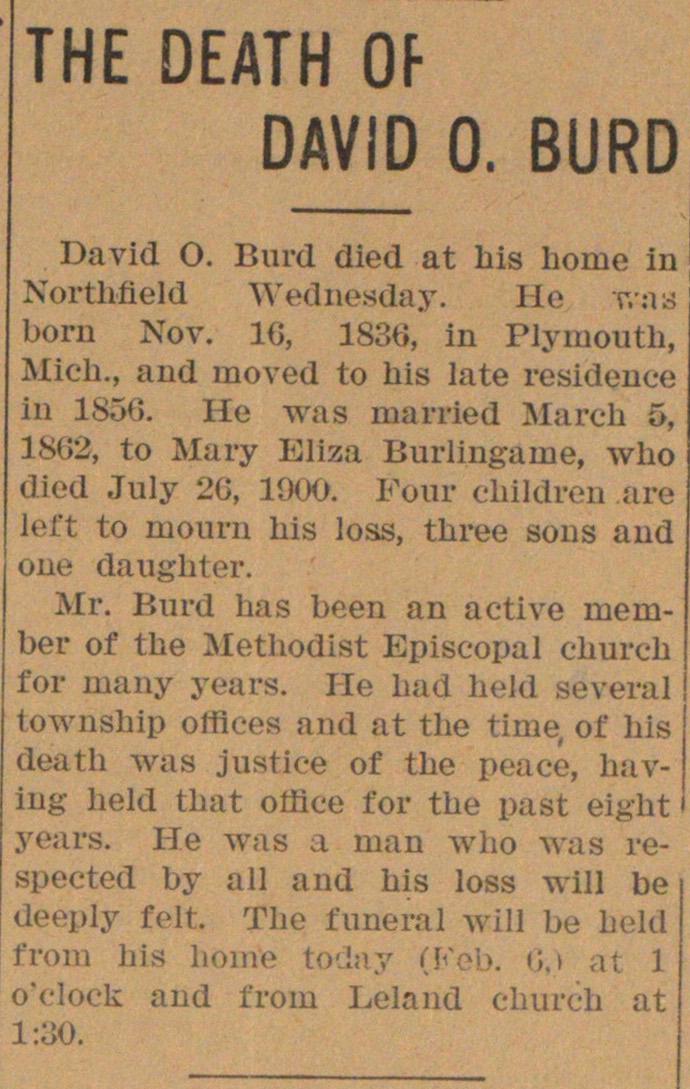 David O. Burd died at Lis home in Northñeld Wednesday. He vaa born Nov. 1(, 1836, in Plymouth, Mich., and moved to his late residence in 1856. He was ruarried March 5, 1862, to Mary Ellza Burlingame, who died Juiy 2(J, 10UO. Four children are left to mourn his loas, tliree sons aud one daughter. Mr. Burd has been an active member of the Methodist Episcopal church for niany years. He had held several ! township offices and at the time, of his death was justice of the peace, lia-Ing held that office for the past eight I years. He was a man who was respected by all and his loss wil] be deeply felt. The funeral will be held from íiit home today (Keb. 0,1 i'il'ick and from Leland church at 1:30.