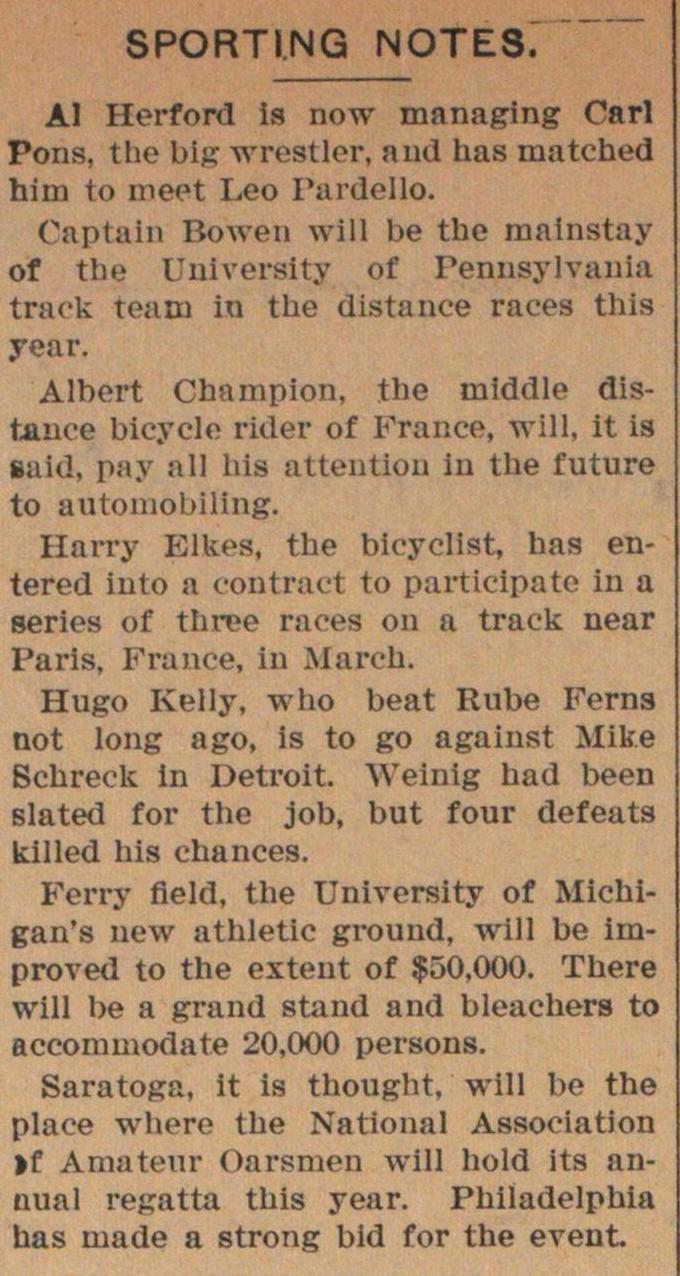 Al Herford is now managing Cari Pons, the bis wrestler, and has matched him to meet Leo Pardello. Cáptalo Ruwen will be the malnstay of the University of Peniisyhaiiia track team in the dlstance races this year. Albert Champion, the middle distauce bicycle rider of France, wlll, it is said, pay all lus atteutiou in the future to autoinobiling. Harry Elkes, the bicyclist, has entered iuto a contract to particípate in a series of three moes on a track near Paris, France, in March. Hugo Kelly, who beat Rube Ferns not long ago, is to go against Mike Schreck in Detroit. Weinig had been slated for the job, but four defeats killed his chances. Ferry field, the University of Michigan's new athletic ground, will be improved to the extent of $50,000. There will be a grand stand and bleachers to accomuiodate 20,000 persons. Saratogc, it is thought, will be the place where the National Association f Amateur Oarsmen will hold its anaual regatta tliis year. Philadelphia has made a strong bid for the event