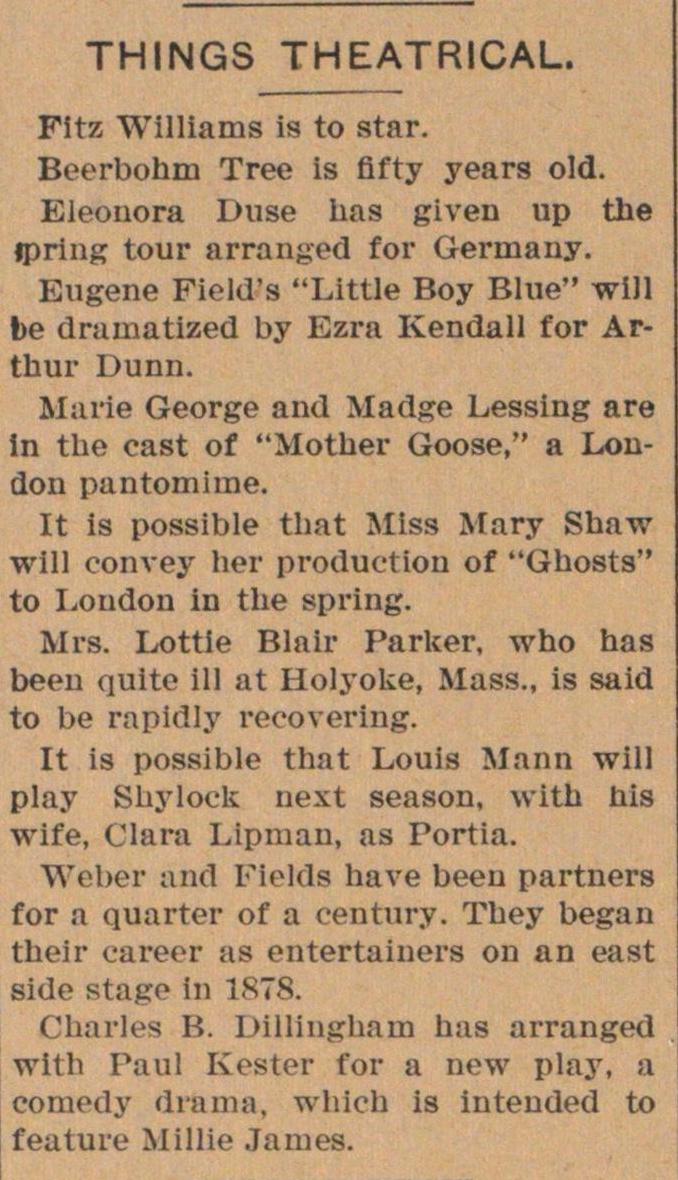 Fitz Williams is to star. Beerbohm Tree is flfty years oíd. Eleonora Duse has given up the ipring tour arranged for Gerinany. Eugene Field's "Little Boy Blue" wili be dramatized by Ezra Kendall for Arthur Dunn. Marie George and Madge Lessing are in the cast of "Mother Goose," a London pantomime. It is possible that Miss Mary Shaw will convey her productiou of "Ghosts" to Loudon in the spring. Mrs. Lottie Blnir Parker, who has been quite ill at Holyoke, Mass., is said to be rapidly recovering. It is possible that Louis Mann will play Shylock next season, with his wife, Clara Lipman, as Portia. Weber and Fields have been partners for a quarter of a century. They began their career as entertainers on an east side stage in 1878. Charles B. Dillingham has arranged with Paul Koster for a new play, n eomedy drama, whicn is intended to feature Millie James.