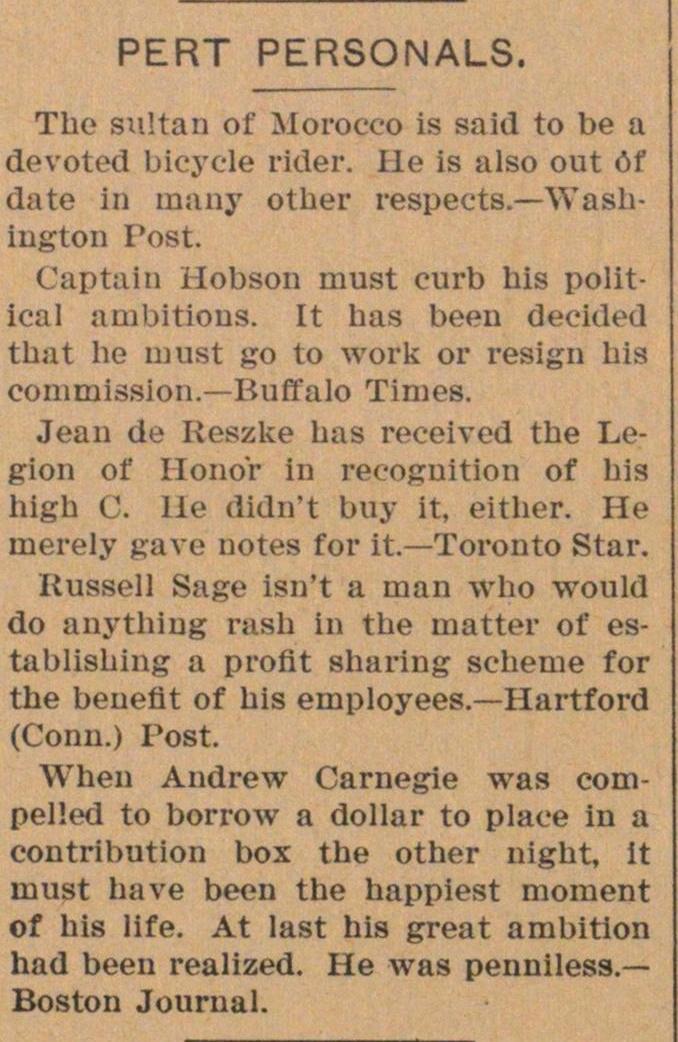 The sultan of Morocco is said to be a devoted blcycle rider. He is also out óf date in many other respects. - Washington Post. Captain Hobson must curb nis politica I imbitious. It has been decided that he must go to work or resign his eonimission. - Iiuffalo Times. Jean de Reszke bas received the Legion of Honor in recoguition of his high C. He didn't buy it, either. He merely gave notes for it. - Toronto Star. Bussel] Sage isn't a man who would do anythiug rash in the matter of establishing a profit sharing seheme for the benefit of his employees.- Hartford (Conn.) Post. Wheu Andrew Carnegie was compelled to borrow a dollar to place in a contribution box the other night, it must have been the happiest moment of his life. At last his great ambition had been realized. He was penniless. - Boston Journal.