Fine Party At The Armory 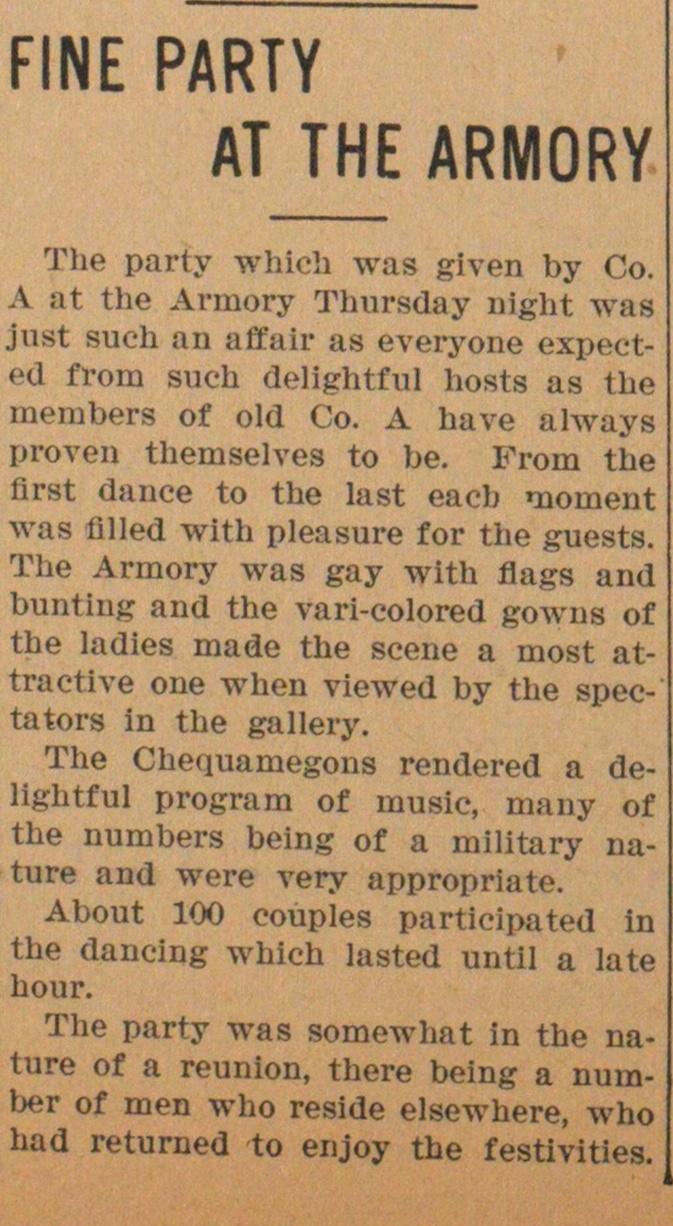 The party which was given by Co. A ;it the Armory Thursday night was just such an affalr as everyone expect■d from such delightful hosts as the members of old Co. A have always proven themselves to be. From the first dance to the last eacb moment was lied with pleasure for the guests. The Armory was gay with flags and bunting and the vari-colored gowns of the ladies made the scène a most attractive one when viewed by the spectators in the gallery. The Chequamegons rendered a dellghtful program of rnusic, many of the numbers being of a military nature and were very appropriate. About 100 couples partieipated in the dancing which lasted until a late hour. The party was somewhat in the nature of a reunión, there being a number of men who reside elsewhere, who had returned to enjoy the festivities.