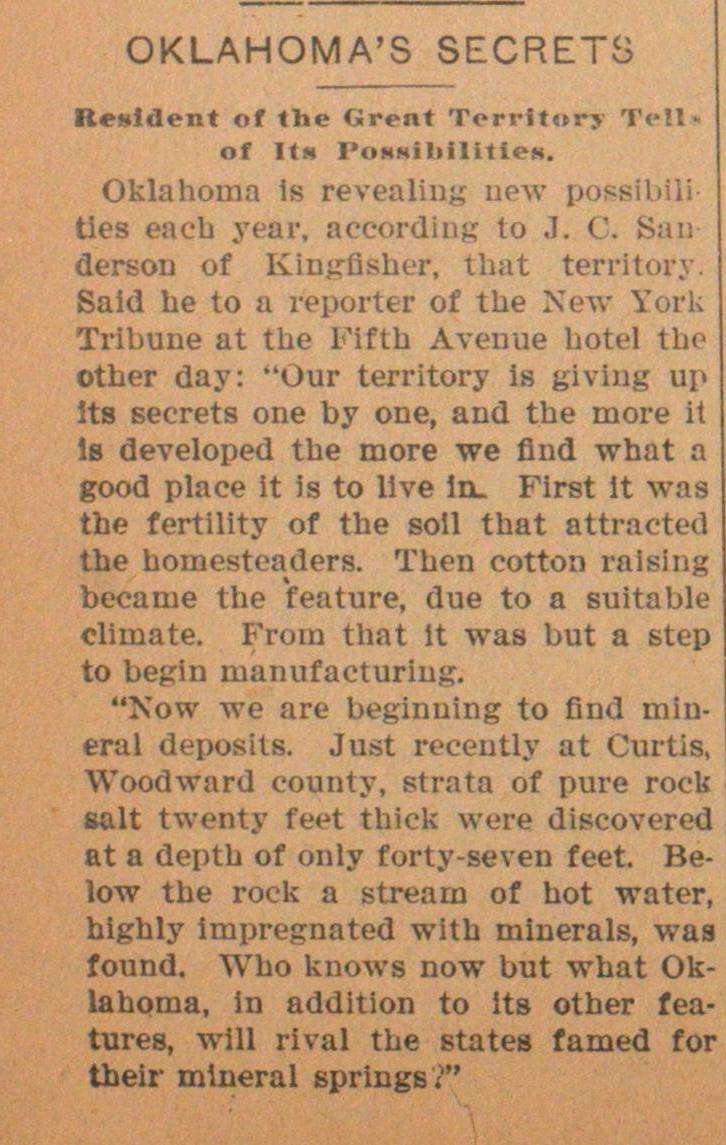 Oklahouia is revealing new possibili Ues eaeu year, according to .1. C. Sau derson of KIngflsher, that ten-i tory. Sald he to a reporter oí the New York Tribune at the Fifth Avenue botel the other day: "Our territory is giving up lts secreta one by one, and the more it Is developed the more we find what a good place it is to live in. First it was the fertility of the soil that attracted the homestcaders. Then cotton raisiiijj became the feature, due to a suitable clirnate. From that it was but a step to begin ruanufacturing. "Xow we are beginning to find mineral deposits. Just receutly at Curtís, Woodward county, gtrata of pure rock salt twenty feet thick were diecovered at a depth of only forty-seven f eet. Below the rock a stream of hot water highly impregnated with minerals, was found. Who knows now but what Oklahoma, in addition to lts other features, will rival the states famed for their mineral spricgsi"