The Penalty Of Greatness 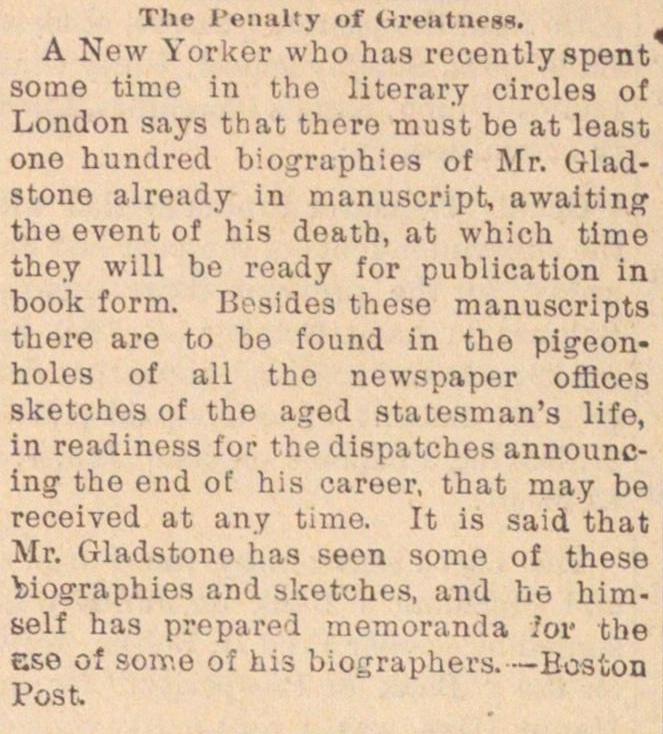 A New ïorker who has rccently spent soine timo in the literary ciroles of London says that thcro must be at least ono hundred biographies of Mr. Gladstone already in manuscript, awaiting the event of his death, at which time they will be roady for publication in book form. Uesides these manuscripts there are to be found in the pigeonholes of all the newspaper offices sketches of the aged statesman's life, in readiness for the dispatchos announcng the end of his career, that may be received at any time. It is said that Mr. Gladstone bas seen some of these biographies and sketches, and he himtself has prepare1! memoranda tot the Ese o soiv.e of his biographers. - Boston Post,