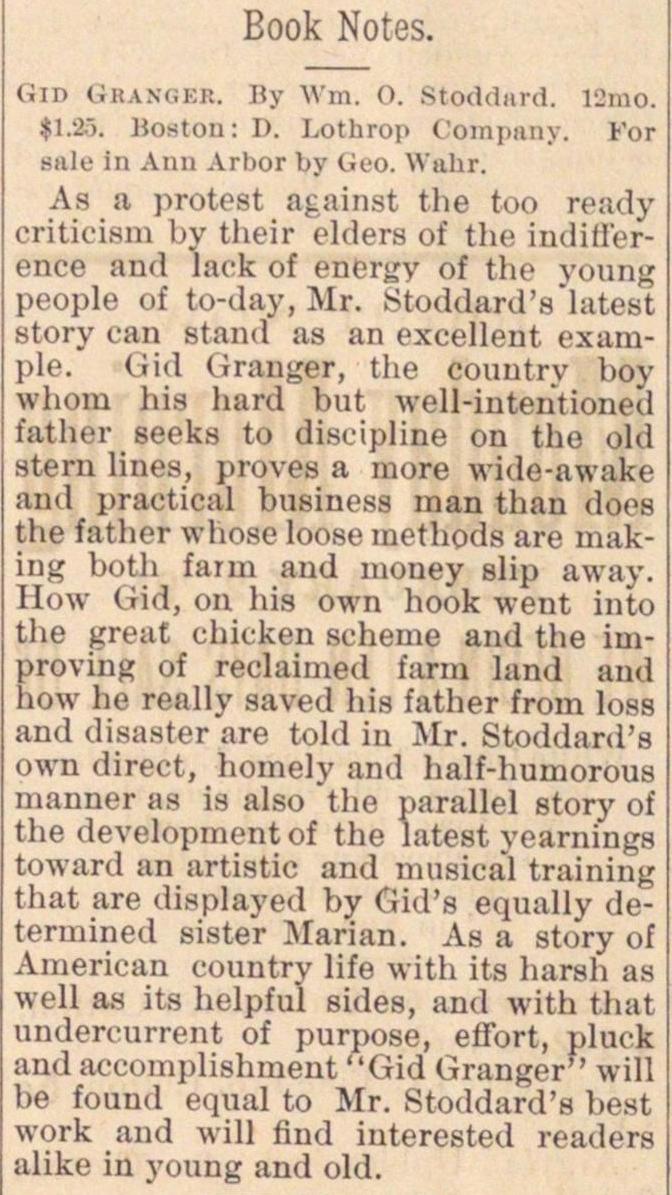 As i protest against the too ready criticism by their elders of the Lndifference and lack of energy of the young people of to-day, Mr. Stoddard'slatest story can stand as an excellent exaraple. Gul Granger, the country boy whom his hard but well-intentioned fut lier seeks to discipline on the old stern lines, provee a more wide-awake and practical business man than does the father whose loose methods are rnaking both farm and money slip away. How Gid, on his own hook went into the great chicken scheme and the improving of reclaimed farm land :hk1 how he really saved his father from loss and disaster are told iu Mr. Stoddard's own direct, homely and half-humorous manner as is also "the narallel story of the development of the latest yearnings toward an artistic and musical training that are displayed by Gid's equally determined sister Marian. As a story of American country life with its harsh as well as its helpful sides, and with that undereurrent of purpose, effort, plack and accomplishment "Gid Granger" will be found equal to Mr. Stoddard's best work and will find iuterested readers alike in young and old.