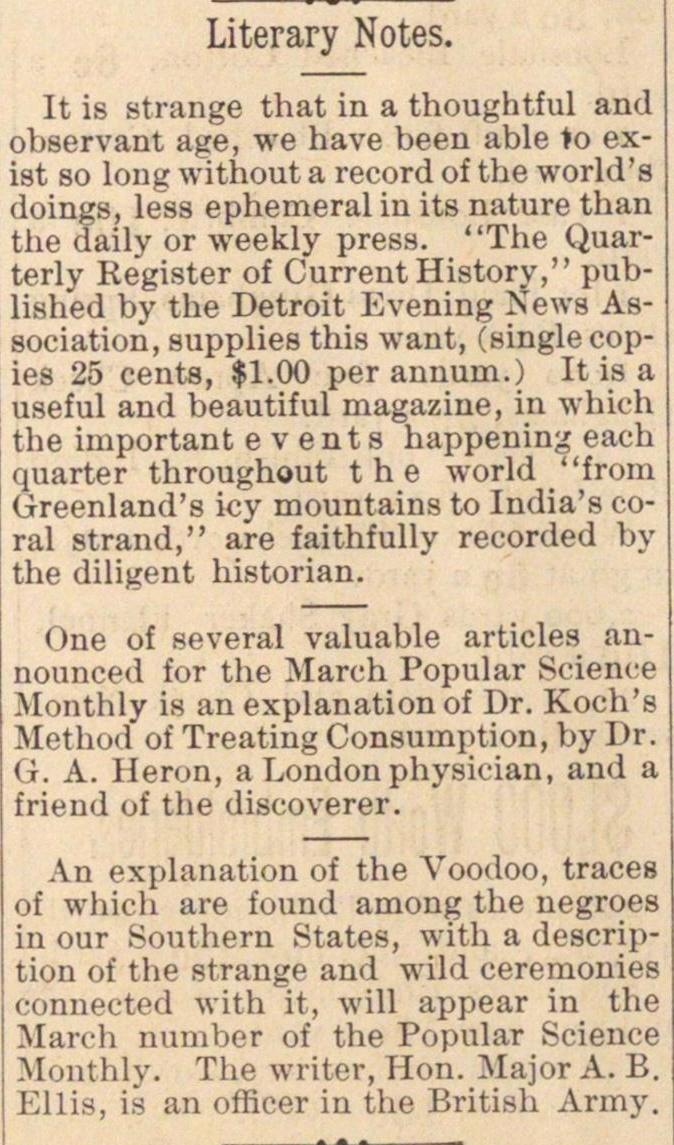 It is strange that in a thoughtful and observant age, we have been able to exist so long without a record of the world's doings, less ephemeral in its nature than the daily or weekly press. "The Quarterly Register of CurrentHistory," published by the Detroit Evening News Association, supplies this want, (single copies 25 cents, $1.00 peranuum.) It is a useful and beautiful magazine, in which the important e v ents happening each quarter throughout the world "from Greenland's icy mountains to India's coral strand," are faithfully recorded by the diligent historian. One of several valuable articles announced for the March Popular Science Monthly is an explanation of Dr. Koch's Method of Treating Consumption, by Dr. G. A. Heron, a Londonphysician, and a friend of the discoverer. An explanation of the Voodoo, traces of which are found among the negroes in our Southern States, with a description of the strange and wild ceremonies connected with it, will appear in the March number of the Popular Science Monthly. The writer, Hon. Major A. B. Ellis, is an officer in the British Army.