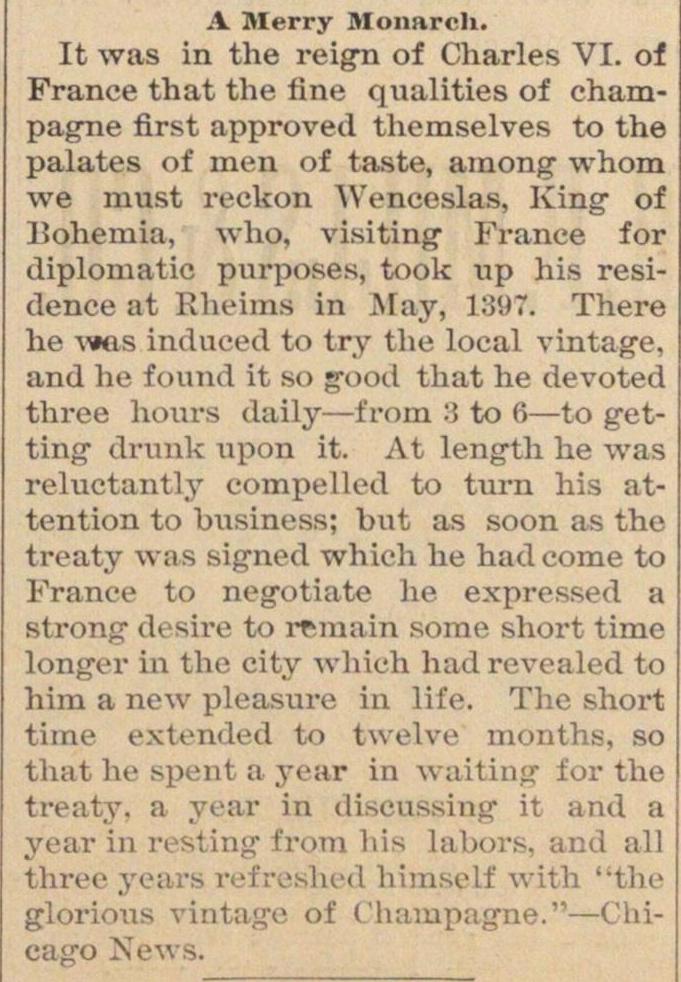 It was in the reign of Charles VI. of France that the fine qualities of champagne first approved themselves to the palates of men of taste, among whom we must reckon Wenccslas, King of Kohemia, wlio, visiting France for diplomatic purposes, took np his residence at Rheima in -May, 1397. There he vis induced to try the local vintage, and he found it so g'ood that he devoted three hours daily - from : to fi - to getting- drank upon it. At length he was reluctantly compelled to turn his attention to business; but as soon as the treaty ivas signed which he had come to France to negotiate he exprpssed a stronjj desire to remain sorae short time longer in the city which had revealed to him a new pleasure in life. The short time extended to twelve months, so that he Bpeni a year in waiting for the treaty, a year in discussing it and a year in n i bis labors. and all threc : himself with "the glorious vintage oí