One Touch Of Nature 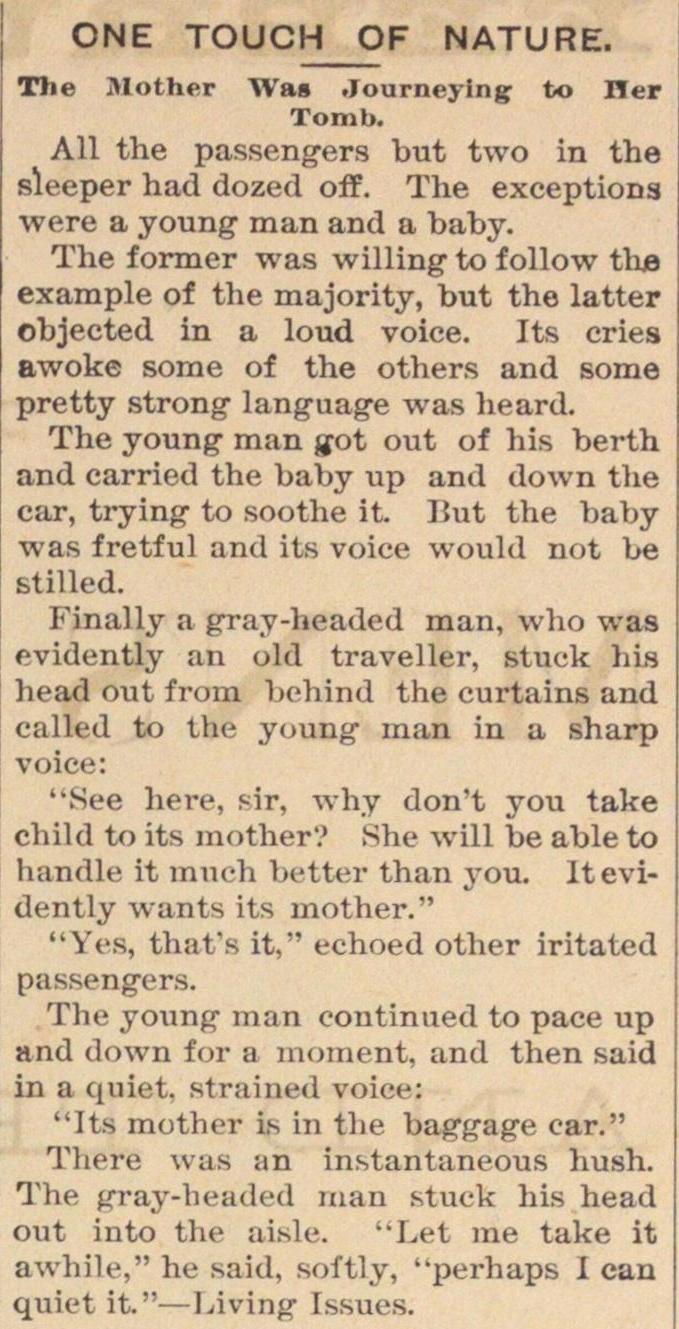 All the passengers but two in the sleeper had dozed off. The exeeptions were a young man and a baby. The former was to follow the example of tlie majority, but the latter objected in a loud voice. lts cries awoke some of the others and some pretty language was heard. The young man got out of his berth and carried the baby up and down the car, to soothe it. I5ut the baby was fretful and its voice would not be stilled. Finally a gxay-headed man, who was evidently an old travelier, stuck liis head out from behind the curtains and calleil to the young man in a sharp voice: "See here, sir, why don't you take child to its mother? She will be able to handle it ïnncOi better than you. IteviUently wants its mother." "Yes, thafs it," echoed other iritated passengers. The young man continued to pace up and down for a moment, and then said in a quiet. straioed voice: "lts mother i.s in the baggage car." There was in instantaneous hush. The gray-headed man stuck his head out into the aisle. "Let me take it awbile," he said, softly, "perhaps I eau quiet it."- Living1 Issues.