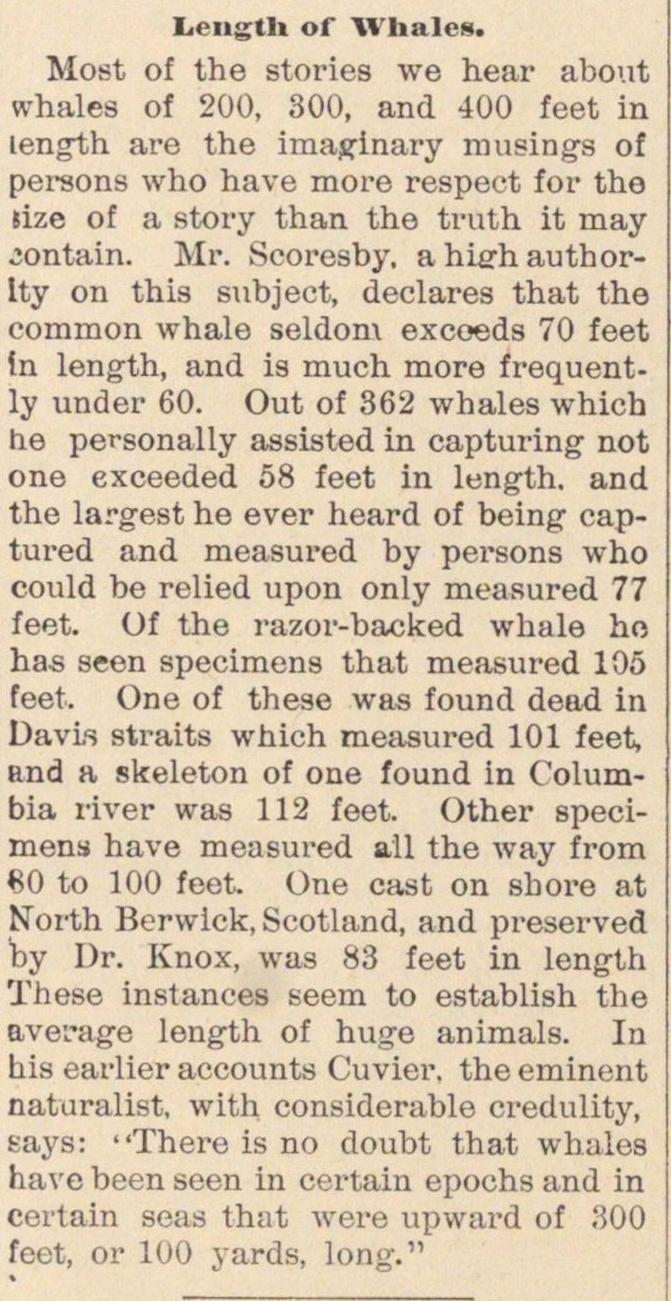 Most of the stories we hear about hales of 200, 300, and 400 feet in length are the imajjinary musings of persons who have more respect for the (ize of a story than the truth it may ontain. Mr. Scoresby, a hiehauthorHy on this subject, declares that the common whale seldom excoeds 70 feet In length, and is much more frequently under 60. Out of 362 whales which he personally assisted in capturing not one exceeded 58 feet in length. and the largest he ever heard of being captured and measured by persons who could be relied upon only measured 77 feet. Of the razor-backed whale ho has seen specimens that measured 105 feet. One of these was found dead in DavLs straits which measured 101 feet, Rnd a skeleton of one found in Columbia river was 112 feet. Other specimens have measured all the way from $0 to 100 feet. One cast on suore at North Berwlck, Scotland, and preserved by Dr. Knox, was 83 feet in length These instances seem to establish the average length of huge animáis. In bis earlier accounts Cuvier, the eminent naturalist, with considerable credulity, says: "There is no doubt that whales have been seen in certain epochs and in certain seas that were upward of 300 feet, or 100 yards, long."