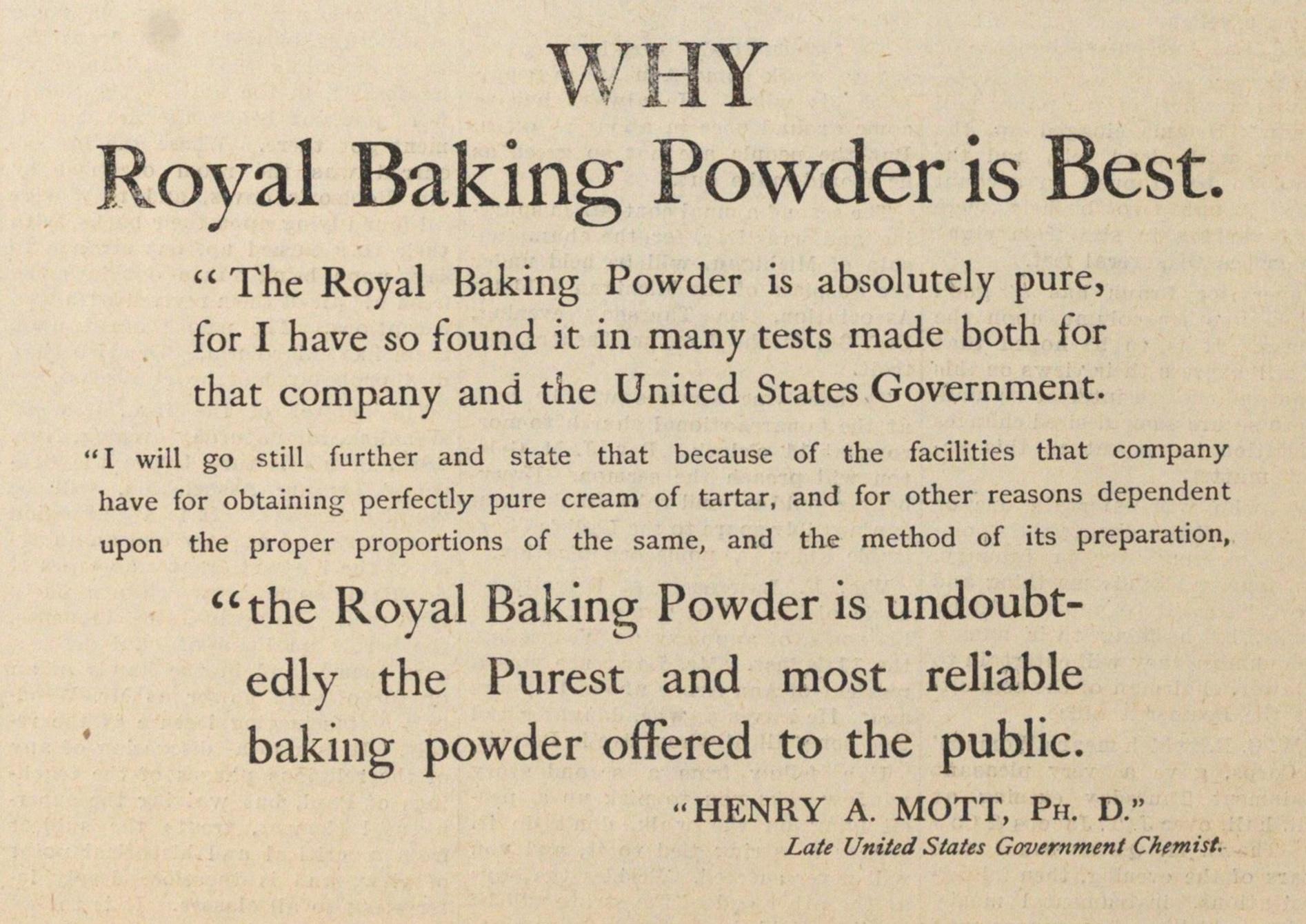 " The Royal Baking Powder is absolutely pure, for I have so found it in many tests made both ior that company and the United States Government. "I will go still further and state that because of the facilities that company have for obtaining perfectly pure cream of tartar, and for other reasons dependent upon the proper proportions of the same, and the method of its preparation, "the Royal Baking Powder is undoubtedly the Purest and most reliable baking powder offered to the public. "HENRY A. MOTT, Ph. D." Late United States Government Chemist.