The great blow made about Capt. Allen, o... 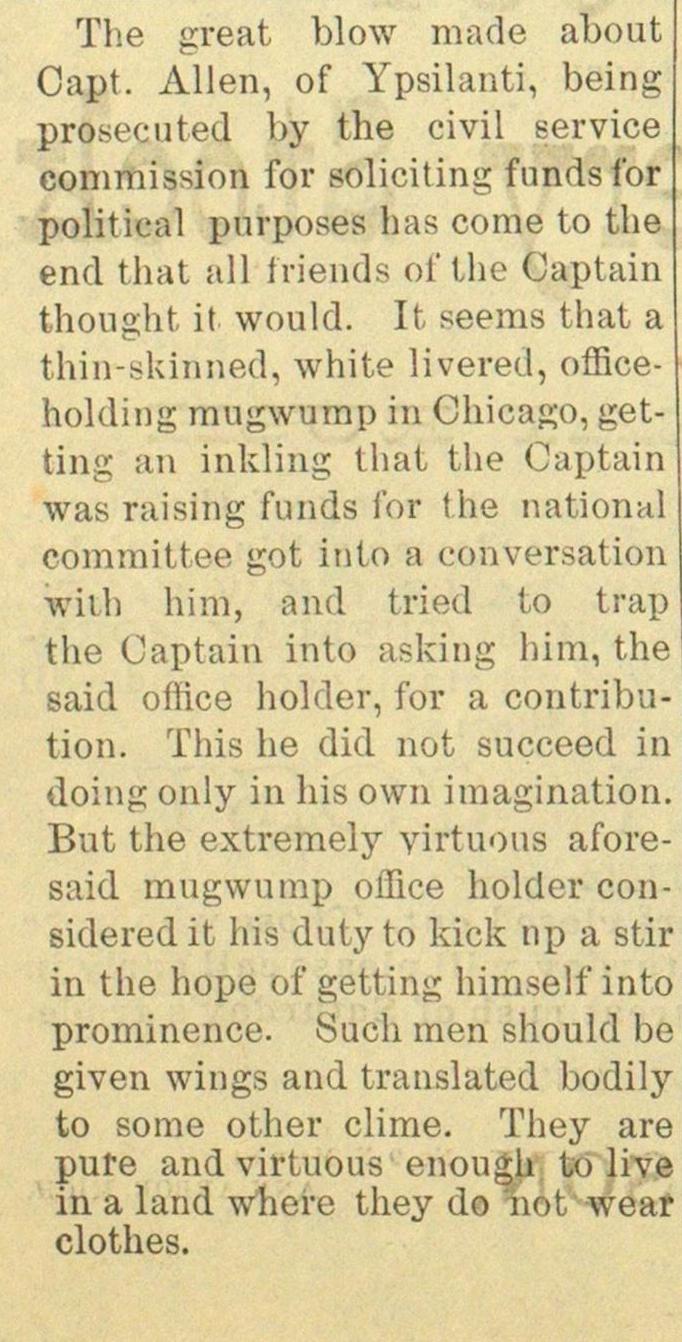 The great blow made about Capt. Allen, of Ypsilanti, being prosecuted by the civil service commission for soliciting fandsfor political purposes has come to the end that all friends of the Captain thought it would. It seems that a thin-skinned, white livered, officeholding mugwump in Chicago, getting an inkling that the Captain was raising funds lor the national committee got inlo a conversation wilh him, and (ried to trap the Captain into asking him, the said office holder, for a contribution. This he did not succeed in doing only in his own imagination. But the extremely yirtuous aforesaid mugwump office holder considered it his duty to kick np a stir in the hope of getting himself into prominence. Sach men should be given wings and translated bodily to some other clime. They are pure and virtuous enougli to live in a land where they do not wear clothes.