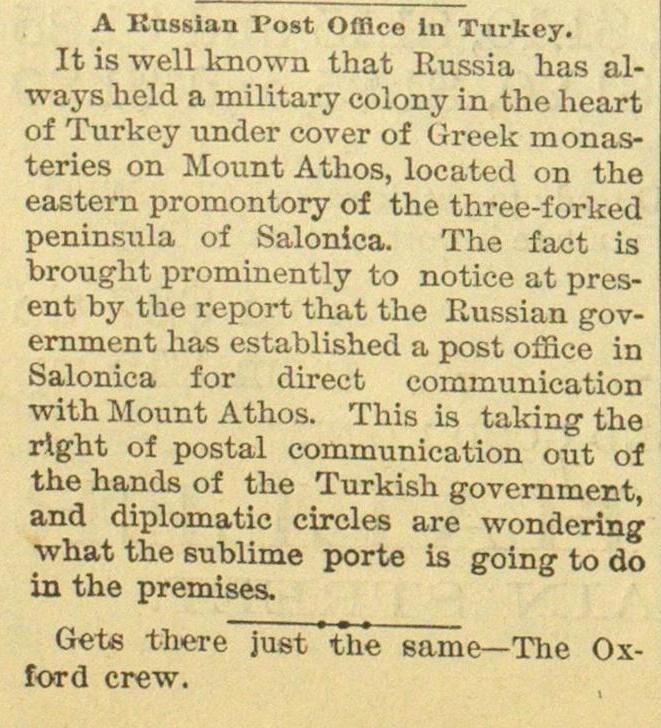 It is ivell known that Russia has always held a military colony in the heari of Turkey under cover of Ureek monasteries on Mount Athos, located on the eastern promontory of the three-forkei península of Salónica. The fact is brought prominently to notice at present by the report that the Eussian government has established a post office in Salónica for direct communication with Mount Athos. This is taking the right of postal communication out o: the hands of the Turkish govermnent and diplomatic circles are wonderinj what the sublime porte is going to dt in the premises. Gete there just'the same- The Ox ford crew.