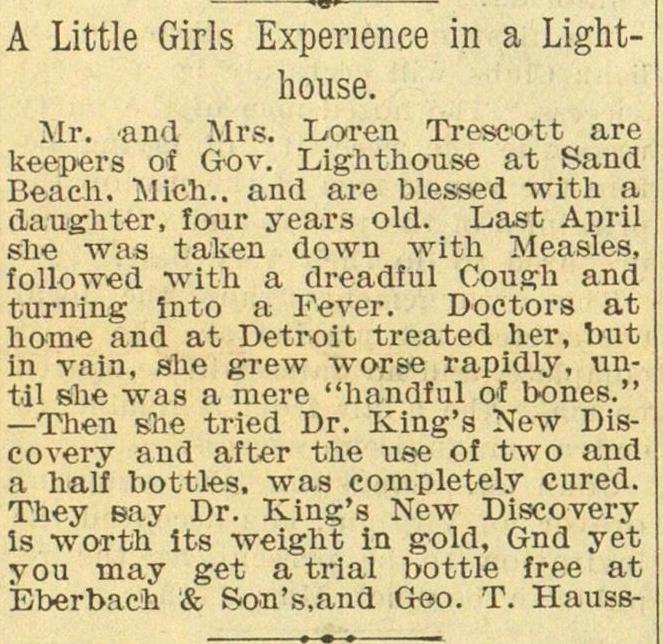 A Little Girls Expenenee in a Lighthouse. Mr. and Mrs. Loren Treseott are ceepers oí Gov. Lighthouse at Sand leach. Mich.. and are blessed with a aughter, four years oíd. Last April lie was taken down with Measles, ollowed with a dreadful Cough and ,urning into a Fever. Doctors at ïome and at Detroit treated her, but n vain, sue grew worse rapidly, undl she was a mere "handful of bones." - Then slie tried Dr. King's New Disovery and aft42r the use of two and hall bottles. was completely cured. rhey eay Dr. King's New Discovery s worth its weight in gold, Gnd yet ou may get a trial bottle free at Eberbach & Son's.and &so. T.