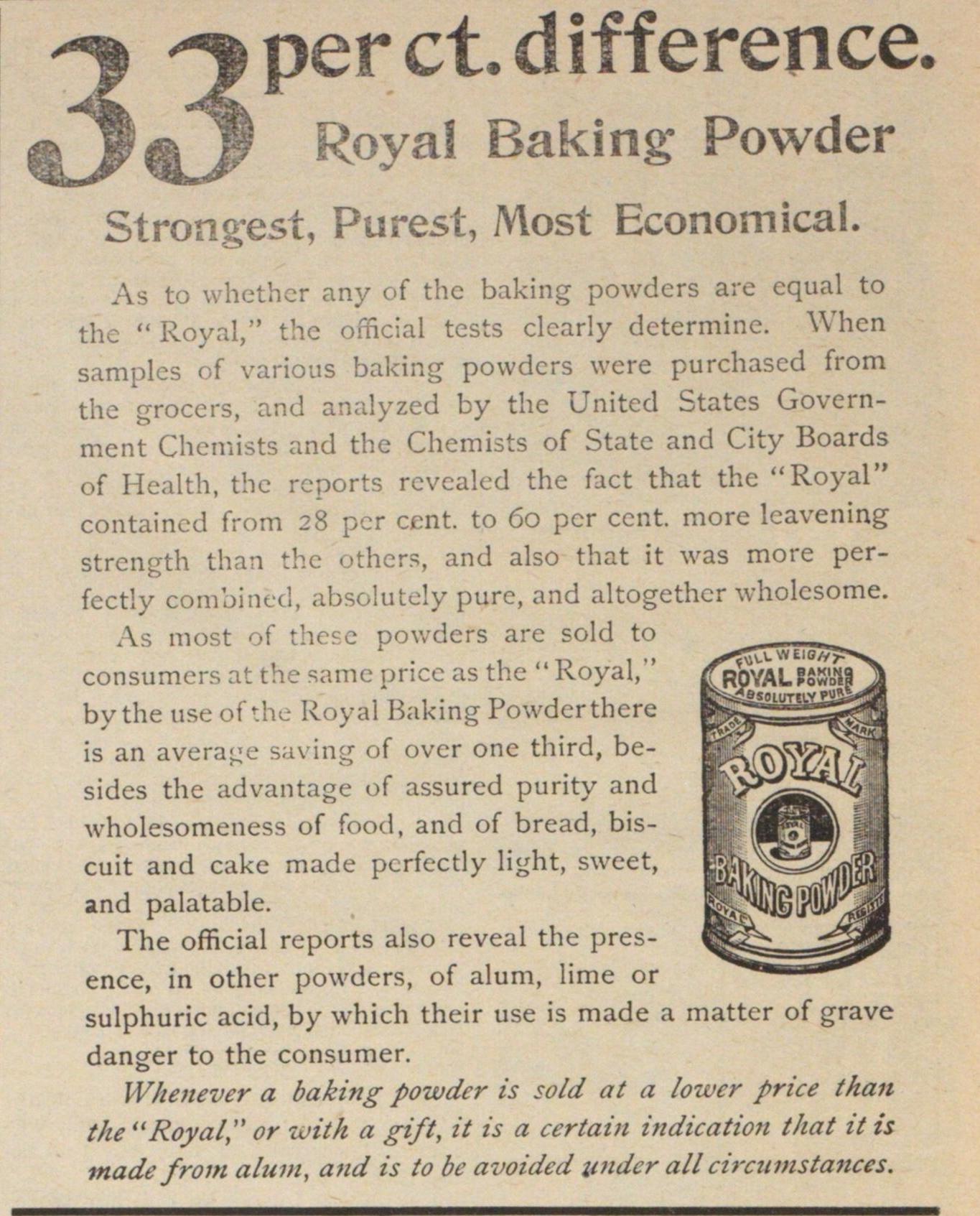 33P erctdifference. Strongest, Purest, Most Economical. Ás to whether any of the baking powders are equal to the "Royal," the official tests clcarly determine. When samples of various baking powders were purchased from the grocers, and analyzed by the United States Government Chemists and the Chemists of State and City Boards of Health, the reports revealed the fact that the "Royal" contained from 28 per cent. to 60 per cent. more leavening strength than the others, and also that it was more perfectly combinèd, absolutely pure, and altogether wholcsome. As most of these powders are sold to M consumers at the same price as the " Royal," jSjYAL KS'oír]h by the use of the Royal Haking Powderthere 3 is an average saving of over one third, IpffSfXiri sides the advantage of assured purity and Èr'I wholesomeness of food, and of bread, bisg w cuit and cake made pcrfectly light, sweet, tfï The official reports also reveal the jg__gg3 ence, in other powders, of alum, lime or B' sulphuric acid, by which their use is made a matter of grave danger to the consumer. Whenever a baking powder is sold at a lower price than the "Royal," or with a gift, it is a certain indication that it is made from alum, and is to be avoided under all cirenmstances.