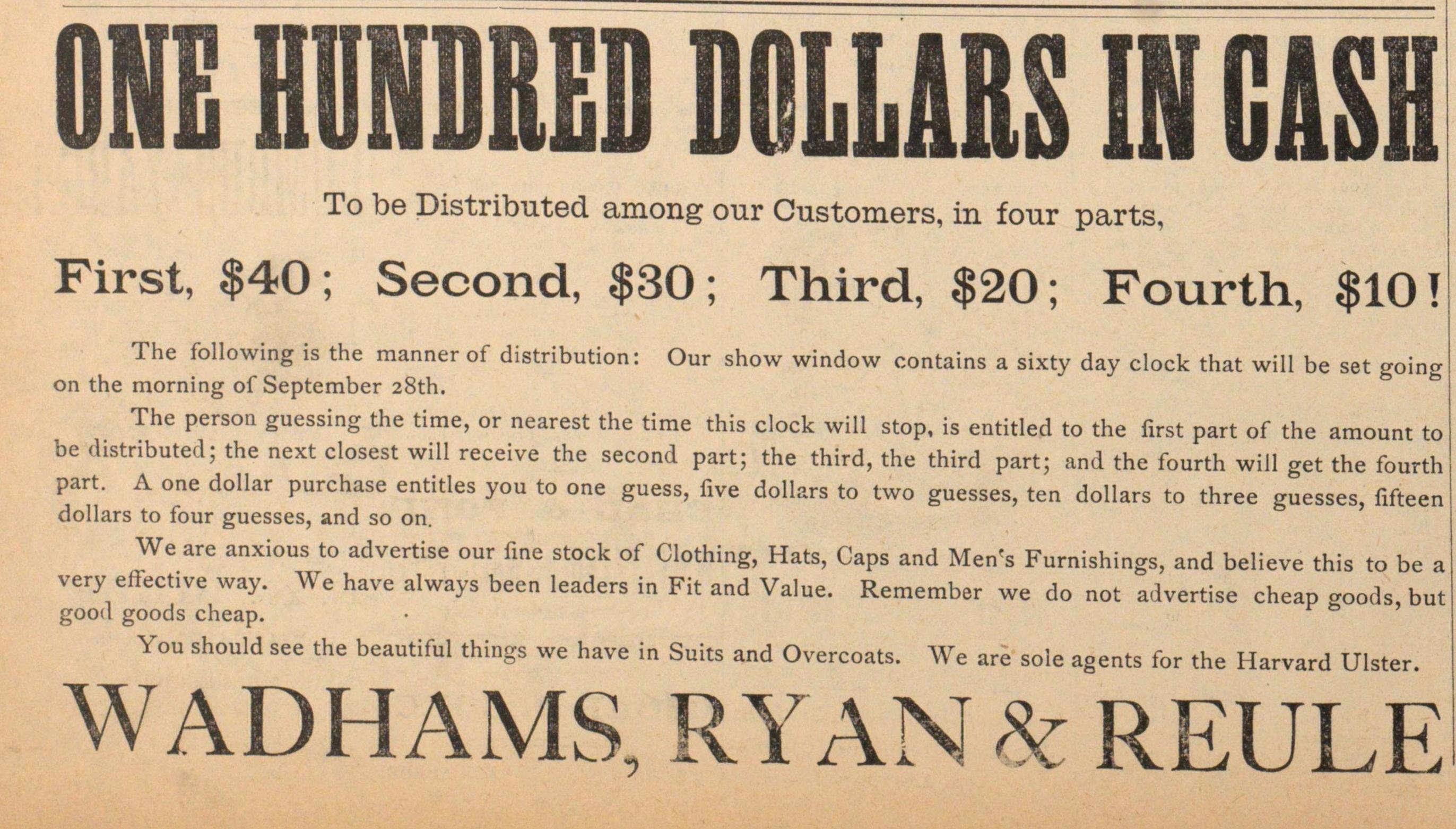 ONE HUNDRED DOLLARS IN CASH To be Distributed among our Customers, in four parts, First, $40; Second, $30; Third, $20; Fourth, $10! The following is the manner of distribution: Our show window contatos a sixty day clock that will be set goin on the morning of September 28th. The person guessing the time, or nearest the time this clock will stop, is entitled to the first part of the amount to be distributed; the next closest will receive the second part; the third, the third part; and the fourth will get the fourth part. A one dollar purchase entitles you to one guess, five dollars to two guesses, ten dollars to three guesses, fifteen dollars to four guesses, and so on. We are anxious to advertise our fine stock of Clothing, Hats, Caps and Men's Furnishings, and believe this to be a very effective way. We have always been leaders in Fit and Value. Remember we do not advertise cheap oods, but good goods cheap. You should see the beautiful things we have in Suits and Overcoats. We are sole agents for the Harvard Ulster.