A Startling State Of Affairs 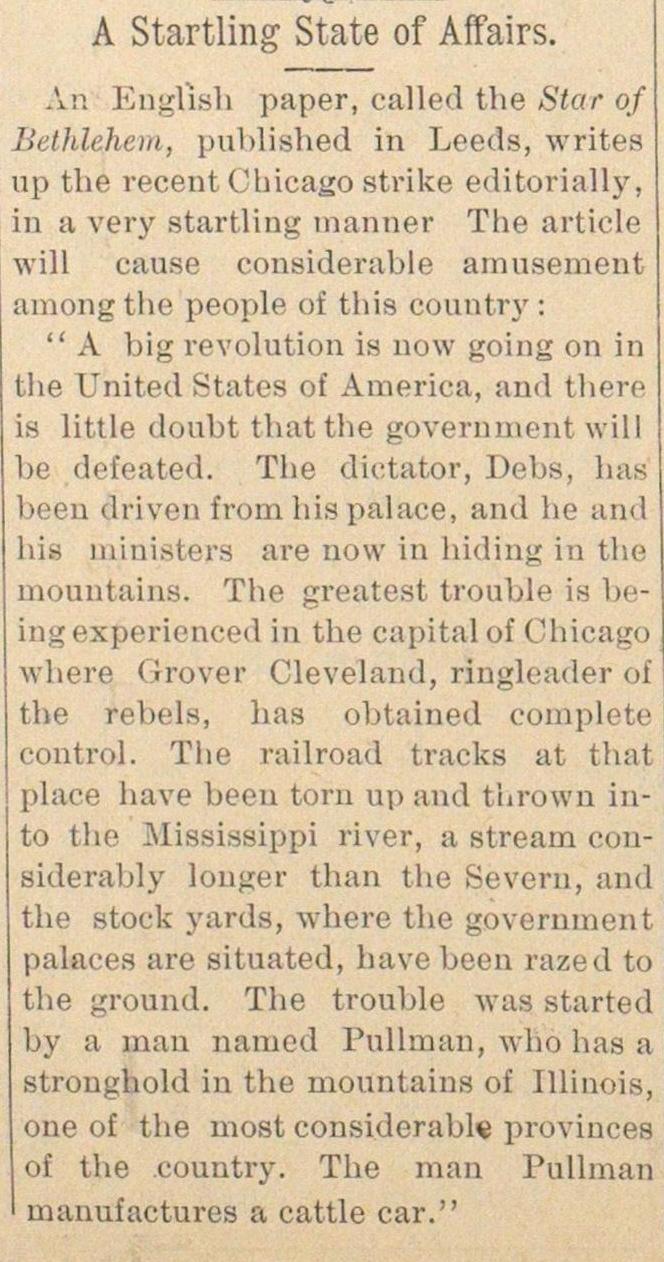 An Kiijrl'ish paper, called the Star of Bethlehein, published in Leeds, writes up the recent Chicago strike editorially, n a very startling marnier The article will cause considerable amusement amongthe people of this country : " A big revolution is now going on in the United States of America, and there is little doubt tbatthe government will be defeated. The dictator, Debs, lias been drivon from nis palace, and he and hi.s ministers are now in hiding in the mountains. The greatest trouble is beingexperienced in the capital of Chicago where (rover Cleveland, ringleader of the rebels, has obtained complete control. The railroad tracks at that lilaco have been torn up and t'urown into th -Mississippi river, a stream considerably longer than the Severn, and the stock yards, where the goverument palaces are situated, have been razed to the ground. The trouble was started by a man namcd Pullman, wlio has a stronghold in the mountains of Illinois, one of the most considerable provinces of the country. The man Pullman manufactures a cattle car."