A Great Waste Of Water 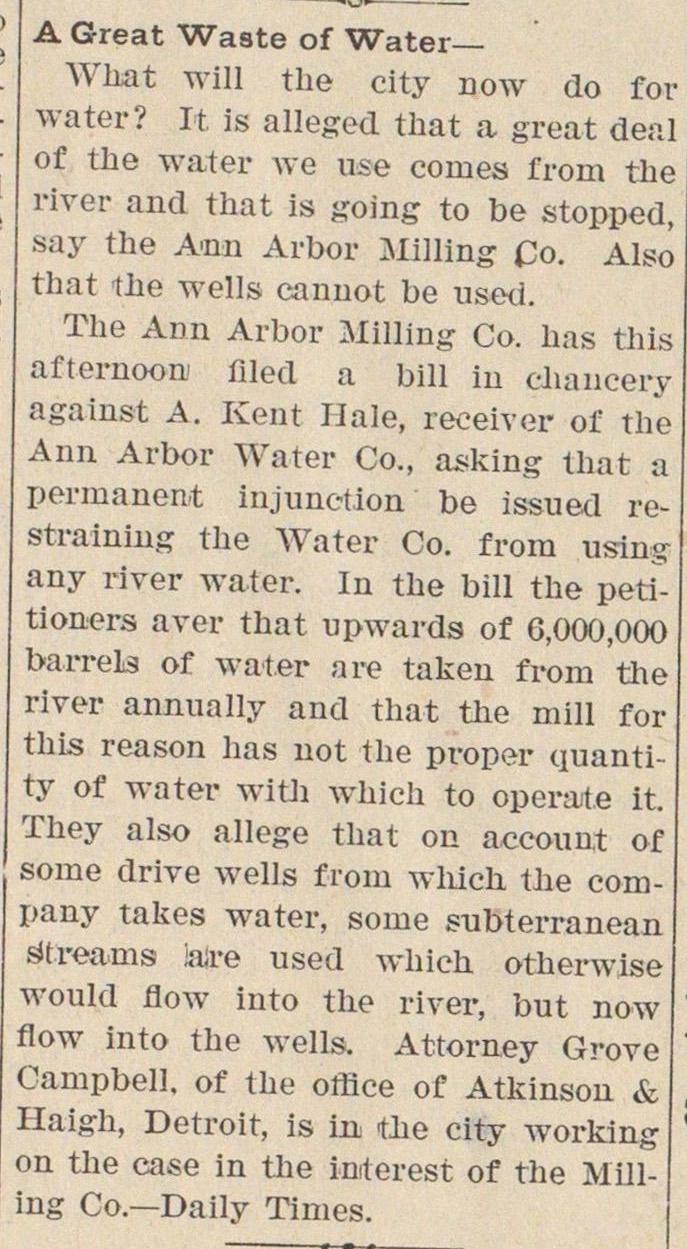 Wliat will the city now do fov water? It is alleged that a great deal of the water we use comes from the ■iver and that is going to be stopped, ay the Ann Arbor Milling Co. Also hat the wells cannot be used. The Ann Arbor Milllng Co. has this afternooni filed a bilí in cuancery gainst A. Kent Hale, receiver of the Ann Arbor Water Co., asking that a ermauent injunction be issued retraining the Water Co. from using ny river water. In the bill the petlïoners ayer that upwards of G,000,000 barrels of water are taken fi-om the river annually and that the mili for this reason has not the proper quantity of water witli which to opérale it. ïhey also allege that on account of some drive wells from which the company takes water, some subterranean sJtreams iaire used which otherwise would flow into the river, but now flow into the wells. Attoraey Grove Campbell, of the office of Atkinson & Haigh, Detroit, is in the city working on the case in üie kilterest of the ing