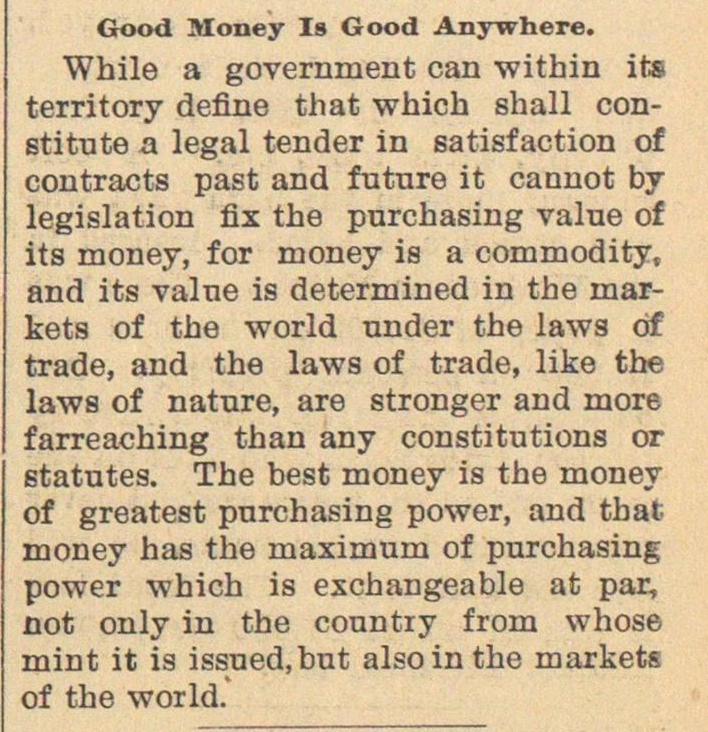 While a government can within its territory define that which shall constitute a legal tender in satisfaction of contracta past and future it caanot by legislation fix the purchasing valne of its money, for money is a commodity, and its valne is determined in the markets of the world under the laws of trade, and the laws of trade, like the laws of nature, are stronger and more farreaching than any constitutions or statutes. The best money is the money of greatest pnrchasing power, and tbat money has the maximum of purchasing power which is exchangeable at par, not only in the country from whose mint it is issued.but alsointhe markets of the world.