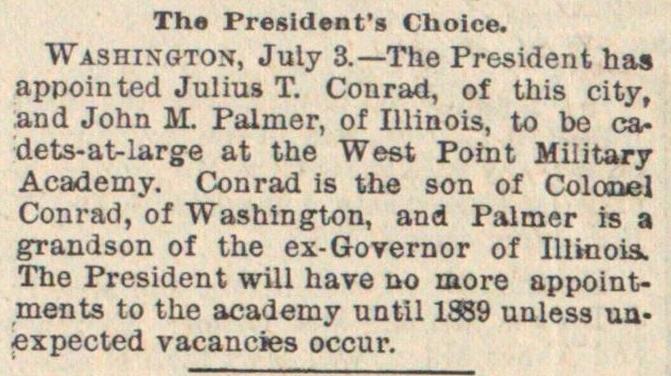 Washington, July 3.- The President ha appointed Julius T. Conrad, of this city, and John M. Palmer, of Illinois, to be cadets-at-large at the West Point Military Academy. Conrad is the son of Colanel Conrad, of Washington, and Palmer is a grandson of the ex-Governor of IUioois. The President will hare no more appointments to the academy uotil 1389 unless un■expected vacancies ocour.