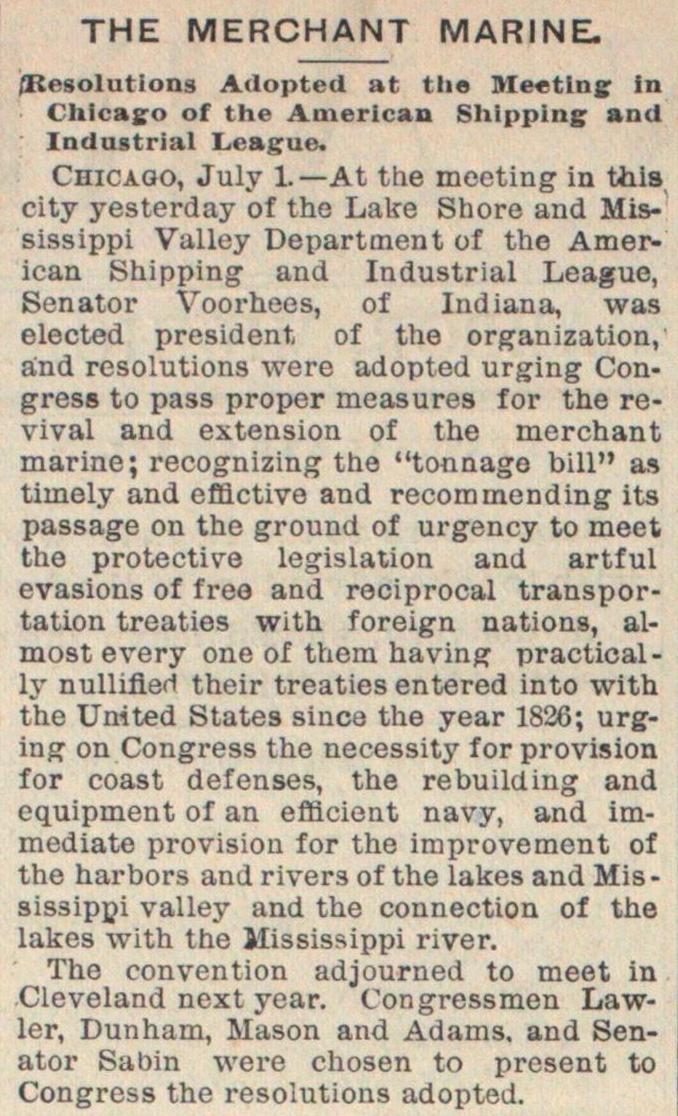 Chicago, July 1.- At the meeting in Uils city yesterday of the Lake Shore and Mississippi Valley Department of the American Shipping and Industrial League, Senator Voorhees, of Indiana, was elected president, of the organization, and resolutions were adopted urging Congress to pass proper measures for the revival and extensión of the merchant marine; recognizing the "tonnage bill" as timely and effictive and recommending its passage on the ground of urgency to meet the protective legislation and artful evasions of free and reciprocal transportation treaties with foreign nations, almost every one of thera having practical - ly nulliflerl their treaties entered into with the United States sinoe the year 1826; urging on Congress the necessity for provisión for coast defenses, the rebuilding and equipment of an efficiënt navy, and immediate provisión for the improvement of the harbors and rivers of the lakes and Mississippi valley and the connection of the lakes with the llississippi river. The convention adjourned to meet in Cleveland next year. Congressmen Lawler, Dunham, Mason and Adams. and Senator Sabin were chosen to present to Congress the resolutions adopted.