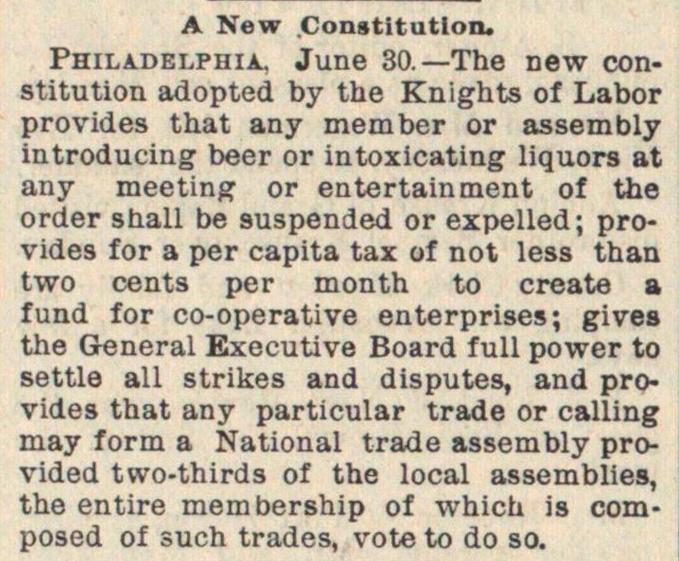 Philadelphia. June 30- The new constitution adopted by the Knights of Labor provides that any member or assembly introducing beer or intoxicating liquors at any meeting or entertainment of the order shall be suspended or expelled; provides for a per capita tax of not less than two cents per month to créate a fund for co-operative enterprises; gives the General Executive Board full power to settle all strikes and disputes, and provides that any particular trade or calling may form a National trade assembly provided two-thirds of the local assemblies, the entire membership of which is composed of such trades, vote to do so.