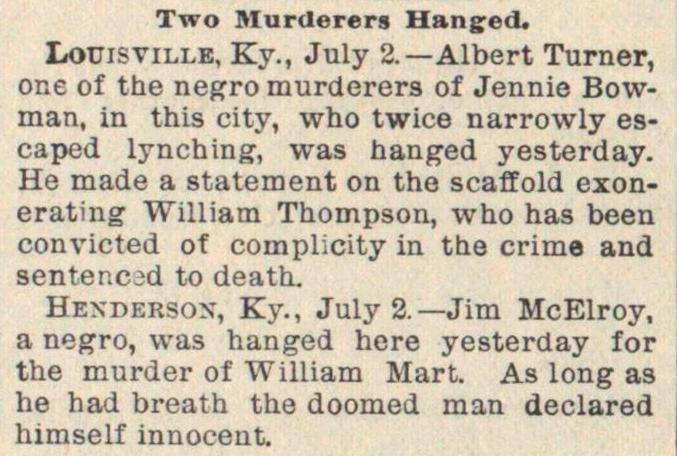 IíODisville, Ky., Jnly 2.- Albert Turner, or.e of the negro murderers of Jennie Bowman, in this city, who twice narrowly escaped lynching, was hanged yesterday. He made a statement on the scaffold exonerating William Thompson, who has been convicted of complicity in the crime and senter.cd to death. Hexdersox, Ky., July2.- Jim McElroy, a negro, was hanged here yesterday for the murder of Wiiliam Mart. As long as he had breath the doomed man declared himself innocent.