Trouble Due To Ignorance 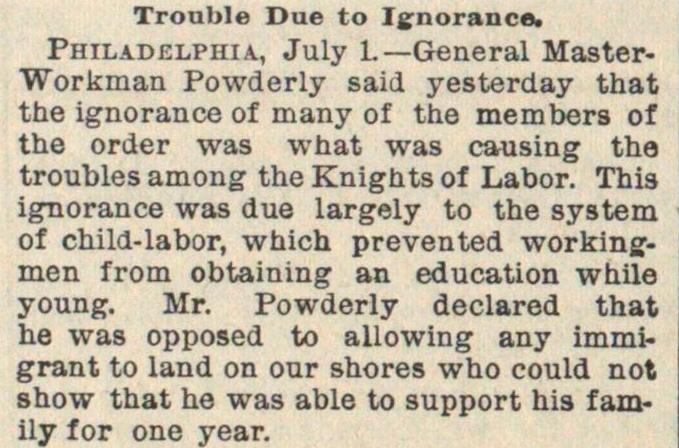 Philadelphia, July L- General MasterWorkman Powderly said yesterday that the ignorance of many of the members of the order was what was causing tha troubles among the Knights of Labor. This ignorance was due largely to the system of child-labor, which prevented workinemen from obtaining an education while young. Mr. Powderly declared that he was opposed to allowing any immigrant to land on our shores who could not show tnat he was able to support his family f or one year.