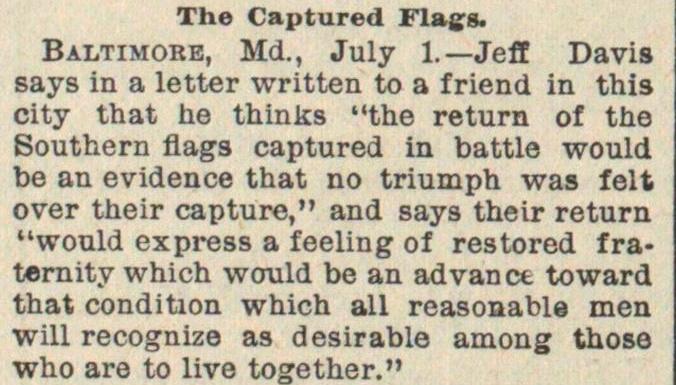 Baltimore, Md., July 1. - Jeft Davis says in a letter written to a friend in this city that he thinlcs "the return of the Southern flags captured in battle would be an evidence that no triumph was feit over their capture," and says their return "would express a feeling of restored fraternity which would be an ad vanee toward that condition which all reasonable men will reeognize as desirable among those who are to live together."