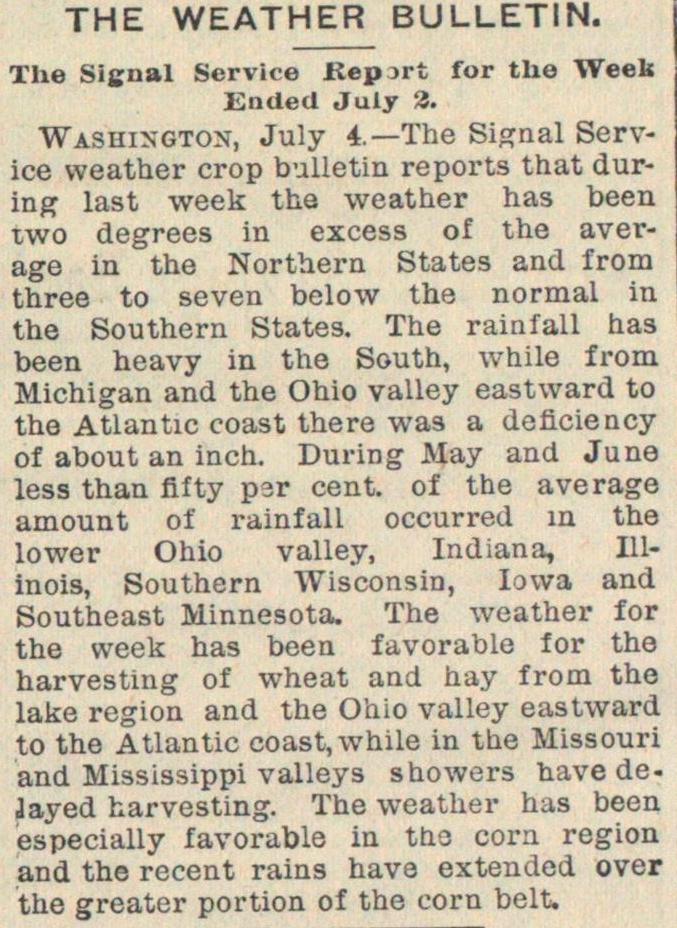 Washington, July 4.- The Signal Service weather erop bulletin reports that during last week the weather has been two degrees in excess of the average in the Northern States and from three to seven below the normal in the Southern States. The rainfall has been heavy in the South, while from Michigan and the Ohio valley eastward to the Atlantic coast there was a deficiency of about an inch. During May and June less than fifty par cent. of the average amount of rainfall occurred in the lower Ohio valley, Indiana, Illinois, Southern Wisconsin, Iovva and Southeast Minnesota. The weather for the week has been favorable for the harvesting of wheat and hay from the lake región and the Ohio valley eastward to the Atlantic coast, while in the Missouri and Mississippi valleys showers havedeJayed harvesting. The weather has been especially favorable in ttio corrí región and the recent rains have extended over the greater portion of the corn belt.